Asia Contributes Over 55% to World’s Scientific Publications in Nanotechnology 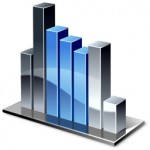 NANO STATISTICS: According to the statistics regarding the number of scientific publications during the first half of 2012, China’s world share, with a total number of 12,945 articles, corresponds to 28%. The USA and Germany hold the second and the third places on the list, respectively.

According to  “Nano Statistics” report , the publications associated with nanotechnology constitutes 8.3% of the whole scientific literature generated during the period. About 55% of the scientific articles published on the topic are due to the Asian nations.

Top 27 countries publishing the most nano-related ISI journal papers during the first half of 2012 are listed here.

In comparison with the same statistics of the year 2011, it can be noted that the first eight countries have maintained their positions unchanged. Additionally, Spain and Taiwan are down one place each, this year. Iran has jumped up two places to the 9th in the recent ranking. It is the first time that Saudi Arabia features in the top 30 world’s ranking.

The Local Share in Nanoscience indicator, which quantifies the nanotech-related share of scientific journal papers within a country, reveals Singapore as the first with an approximate 20% value. Subsequently, Iran (16.2%), China (16.0%) and South Korea (14.5%) occupy the ranks 2 to 4, respectively. The first eight countries included in the list are located in Asia and this reveals that Asian countries have devoted a great deal of attention to nano science and technology.

To see the statistics for all countries in 2012 please consult the reports and indicators section of Statistics website.