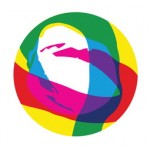 Rusnano Capital (RNC), the Russian government-owned nanotechnology investment company, and international technology investment group I2BF Global Ventures have announced the launch of the I2BF-RNC Strategic Resources Fund to invest in later-stage nanotechnology companies. The seven-year fund launches with a $53m commitment from its LPs with a target fund size of $150m. Its remit will be to invest in international nanotechnology that has applications of value within the Russian Federation, with a focus on the resource sector as well as water and agriculture.

“We are delighted to partner with Rusnano Capital on our first late-stage venture fund expanding on I2BF’s existing investment expertise,” says Ilya Golubovich, Managing Partner of I2BF Global Ventures (right). “It is important in a fast-maturing nanotech market that together we are now able to offer expansion capital to larger companies with proven technologies. The opportunities to roll out nanotech applications and also production facilities in Russia are widespread and we will be using our global footprint to channel the best technologies into this market.”

“Agriculture and water supply industries in Russia offer an immense source for growth,” says Irina Rapoport, CEO of Rusnano Capital. “We are planning to capitalize and develop those branches of the economy together with I2BF Global Ventures which has a unique combination of venture industry experience as well as a Russian edge.”

Nanotech applications are increasingly widespread in sectors as diverse as food and agriculture, consumer electronics, energy production and storage, and medicine. Nanoresearch firm Cientifica estimates that since 2000 governments have invested over $65bn in nanotech research. Russia has been a leading player since the creation of Rusnano in 2007. Compound global growth rates in the sector are expected to hit 18% between 2010 and 2013. Part of the attraction of nanotech is increasing the efficiency of materials and processes in an increasingly resource constrained world.

I2BF Global Ventures is an international clean technology venture capital firm with a global investment mandate, based in New York. Established in 2005, I2BF manages over USD 200 million across four venture capital vehicles and has completed 19 investments since the first portfolio company investment in 2006. I2BF Global Ventures seeks out game-changing technologies, and to invest in the most innovative and competitive companies targeting sectors and technologies it believes can lead the path to a “Brighter Future”. In keeping with its worldwide investment focus, further to the team in New York, I2BF retains a team of technology and sector experts including renewable energy researchers in London, Moscow and Dubai, www.i2bf.com.

RUSNANO Capital is a subsidiary of OJSC RUSNANO and was established in 2010 for the purpose of fund management and corporate control of RUSNANO investment. Key goals assigned to RUSNANO Capital are innovative technology transfer to Russia and attracting foreign investment capital for co-investment in Russian nanotechnology projects. Total assets under management RUSNANO Capital are $ 1 billion, currently registered and started five investment funds focused on such industry sector’s as medicine and pharmaceutics, "green" technologies and alternative energy, developing new materials.