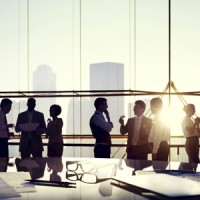 The standard “Nanotechnologies – Vocabularies for Science, Technology and Innovation Indicators” proposed by Iran was approved in the 17th meeting of ISO/TC229 (ISO’s technical Committee on Nanotechnologies) in New Delhi, India, on November 3-7 after three years of expert studies.

The meeting was held in the presence of 150 representatives from 19 world states, including the USA, Germany, South Africa, Australia, UK, Iran, Brazil, China, Switzerland, Singapore, Russia, Japan, France, Canada, South Korea, Poland, Malaysia, Mexico, India and the Netherlands and they discussed the compilation of international standards on nanotechnology.

Also a number of representatives from the Asian Nano Forum (ANF), the European Committee for Standardization (CEN) ،the Joint Research Center (JRC) and a number of ISO technical committees participated in the meeting. A standard named 'Nanotechnologies – Vocabularies for Science, Technology and Innovation Indicators' was proposed three years ago by Iran to the ISO which was accepted by the ISO/TC229 committee's participating member countries. During the past three years, the standard was further developed and the countries presented their technical, general and edition comments on it. The standard is about the indicators for assessing the nanotechnology at the international and national level. Actually, the economic, volume of nanotechnology market, the number of companies and products can be evaluated by the standard. Therefore, it is highly important for the countries, so that the pioneering states pay special attention to the standard. The standard defines these terms:

Almost three months ago, the standard was sent to the Participants members countries of the committee for voting. During the days of the meeting, different discussions and negotiations were held on it and finally the standard was accepted by the countries and it will be released early 2015 after applying the comments.