Nanotechnology Accounts for 2.5 Percent of USPTO’s Patents in 2019

Only 2.5 percent of the total patents filed at the United States Patent and Trademark Office (USPTO) in 2019 were in the field of nanotechnology, while the share of nanotechnology publications indexed by the Web of Science during the past year reached 10 percent.

According to StatNano, the United States Patent and Trademark Office (USPTO) granted over 392,000 patents in 2019, 9515 of which (around 2.5 percent) were related to nanotechnology. This meager share – compared to the share of nanotechnology publications in the total scientific publications of the world – reveals that a significant percentage of scientific advances relating to nanotechnology still have a long way to go before they can be transferred from academia to industry. Along with the USA and Europe, China and South Korea’s patent offices are also among nanotechnology innovators’ first choices, but considering the limitation of their offices’ search engines, it is not possible to search and collect information about different countries’ patents in these offices.

Table 1. The numbers and shares of different countries’ nanotechnology patents in their total patents filed at the USPTO in 2019 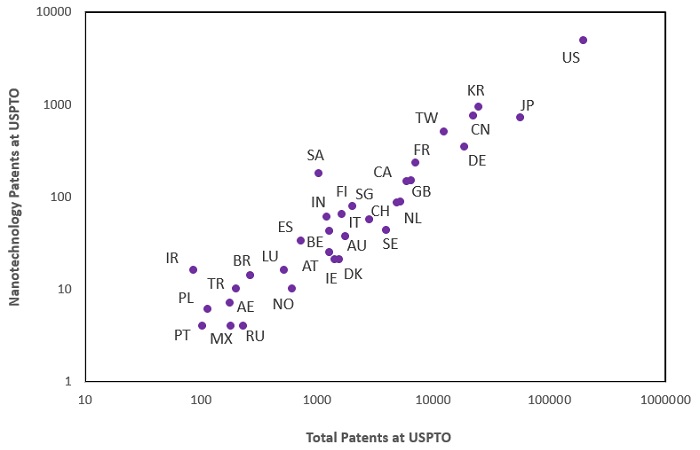 Figure 1. Different countries’ shares of nanotechnology patents in their total patents published at the USPTO in 2019.