A biotechnology company developing next-generation vaccines for serious infectious diseases, announced it has identified a coronavirus vaccine candidate, a stable, prefusion protein made using proprietary nanoparticle technology, and will initiate a first-in-human trial in mid-May.

“Our scientists identified an ideal vaccine candidate selected from a number of constructs and, in partnership with Dr. Matthew Frieman, demonstrated that NVX-CoV2373 produces high levels of neutralizing antibodies against SARS-CoV-2 in animal studies,” said Gregory Glenn, M.D., President of Research and Development at Novavax. “In addition, we have worked closely with our colleagues at Emergent BioSolutions to transfer our production technology that allows the manufacture of GMP vaccine for clinical trials. With preliminary CEPI funding, these heroic efforts, combined with the candidate’s excellent early results, put us in position to have preliminary human data in July.”

“We validated that NVX-CoV2373 generates high titer neutralizing antibodies against live SARS-CoV-2 virus,” said Matthew Frieman, Ph.D., Associate Professor at the University of Maryland School of Medicine. “This is strong evidence that the vaccine created by Novavax has the potential to be highly immunogenic in humans which could lead to protection from COVID-19 and helping to control the spread of this disease.” 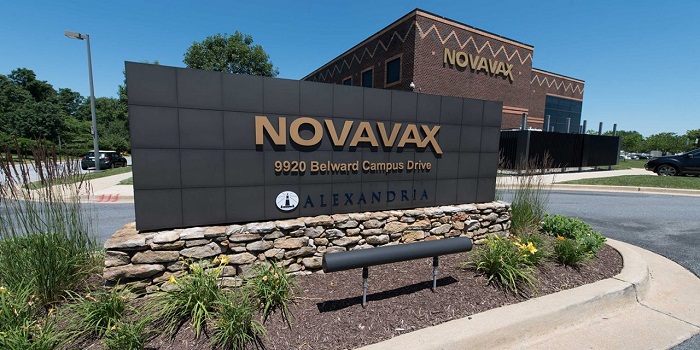 The NVX-CoV2373 clinical development plan combines a Phase 1/Phase 2 approach to allow rapid advancement during the current coronavirus pandemic. The Phase 1 clinical trial is a placebo-controlled observer blinded study of ~130 healthy adults and includes assessment of dosage amount and number of vaccinations. The trial is expected to begin in mid-May with preliminary immunogenicity and safety results in July.

As previously announced, in March, Novavax entered into an agreement with Emergent BioSolutions to provide contract development and manufacturing services, supplying Novavax with GMP vaccine product for use in its clinical trials. This agreement offers the potential to leverage Emergent’s rapid deployment capabilities and expertise that provide Novavax scalability and capacity to produce vaccine product. Also in March, the Coalition for Epidemic Preparedness Innovations (CEPI) awarded an initial funding of $4 million to support Novavax’ efforts, with additional funding discussions ongoing.

“Because of the tireless efforts and commitment of the Novavax team and our collaborators, we are preparing to initiate the NVX-CoV2373 Phase 1 trial in mid-May, weeks ahead of schedule,” said Stanley C. Erck, President and Chief Executive Officer of Novavax. “This progress demonstrates the ability of our recombinant nanoparticle technology to rapidly create vaccine candidates for emerging viruses like SARS-CoV-2. In addition, the performance of NVX-CoV2373 in multiple preclinical studies and testing gives us increased confidence in its potential to protect against COVID-19 disease.”

Read the original article on Novavax.