A significant advance in optical tweezer technology, developed by researchers at the UTS Institute for Biomedical Materials and Devices, will help boost biomedical research.

Much like the Jedis in Star Wars use ‘the force’ to control objects from a distance, scientists can use light or ‘optical force’ to move very small particles. The inventors of this ground-breaking laser technology, known as 'optical tweezers’, were awarded the 2018 Nobel Prize in physics.

Optical tweezers are used in biology, medicine and materials science to assemble and manipulate nanoparticles such as gold atoms. However, the technology relies on a difference in the refractive properties of the trapped particle and the surrounding environment.

Now scientists have discovered a new technique that allows them to manipulate particles that have the same refractive properties as the background environment, overcoming a fundamental technical challenge. 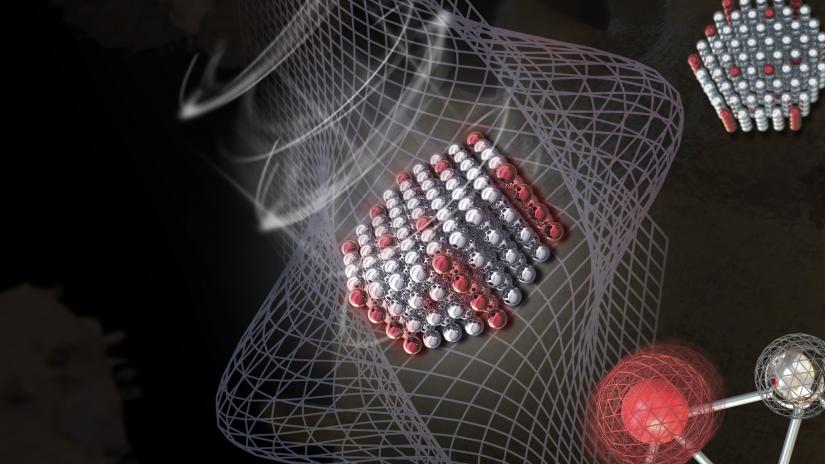 The resonance of ions in nanocrystals creates a strong optical trapping force.

“This breakthrough has huge potential, particularly in fields such as medicine,” says lead co-author Dr Fan Wang from the University of Technology Sydney (UTS).

“The ability to push, pull and measure the forces of microscopic objects inside cells, such as strands of DNA or intracellular enzymes, could lead to advances in understanding and treating many different diseases such as diabetes or cancer.

“Traditional mechanical micro-probes used to manipulate cells are invasive, and the positioning resolution is low. They can only measure things like the stiffness of a cell membrane, not the force of molecular motor proteins inside a cell,” he says.

The research team developed a unique method to control the refractive properties and luminescence of nanoparticles by doping nanocrystals with rare-earth metal ions.

Having overcome this first fundamental challenge, the team then optimised the doping concentration of ions to achieve the trapping of nanoparticles at a much lower energy level, and at 30 times increased efficiency. 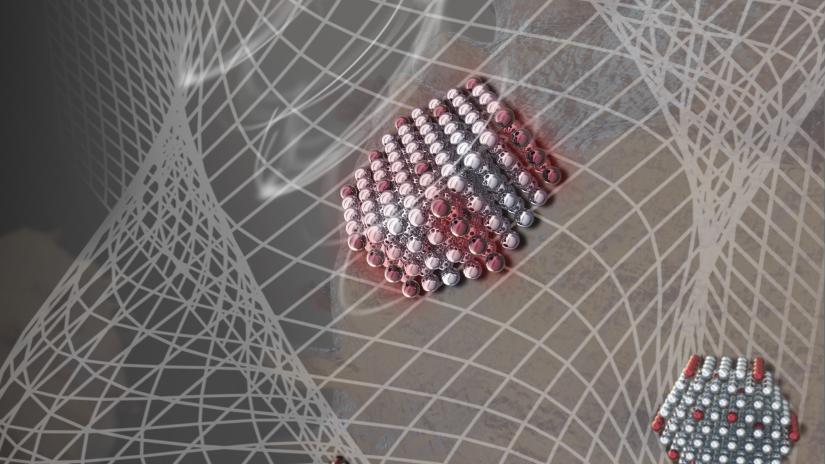 The new technology could be used as an ‘optical force dye’ in biological samples.

“Our optical tweezers also achieved a record high degree of sensitivity or ‘stiffness’ for nanoparticles in a water solution. Remarkably, the heat generated by this method was negligible compared with older methods, so our optical tweezers offer a number of advantages,” he says.

Fellow lead co-author Dr Peter Reece, from the University of New South Wales, says this proof-of-concept research is a significant advancement in a field that is becoming increasingly sophisticated for biological researchers.

“The prospect of developing a highly-efficient nanoscale force probe is very exciting. The hope is that the force probe can be labelled to target intracellular structures and organelles, enabling the optical manipulation of these structures,” he says.

“IBMD research is focused on the translation of advances in photonics and material technology into biomedical  applications, and this type of technology development is well aligned to this vision,” says Professor Jin.

“Once we have answered the fundamental science questions and discovered new mechanisms of photonics and material science, we then move to apply them. This new advance will allow us to use lower-power and less-invasive ways to trap nanoscopic objects, such as live cells and intracellular compartments, for high precision manipulation and nanoscale biomechanics measurement.”

Read the original article on University of Technology Sydney (UTS).

Transforming The Way Cancer Vaccines Are Designed and Made