Scientists at the University of Nottingham have developed an ultrasonic imaging system, which can be deployed on the tip of a hair-thin optical fibre, and will be insertable into the human body to visualise cell abnormalities in 3D.

The new technology produces microscopic and nanoscopic resolution images that will one day help clinicians to examine cells inhabiting hard-to-reach parts of the body, such as the gastrointestinal tract, and offer more effective diagnoses for diseases ranging from gastric cancer to bacterial meningitis.

The high level of performance the technology delivers is currently only possible in state-of-the-art research labs with large, scientific instruments - whereas this compact system has the potential to bring it into clinical settings to improve patient care.

The Engineering and Physical Sciences Research Council (EPSRC)-funded innovation also reduces the need for conventional fluorescent labels - chemicals used to examine cell biology under a microscope - which can be harmful to human cells in large doses.

The findings are being reported in a new paper, entitled ‘Phonon imaging in 3D with a fibre probe’ published in the Nature journal, Light: Science & Applications.

“We believe the system's ability to measure the stiffness of a specimen, its bio-compatibility, and its endoscopic-potential, all while accessing the nanoscale, are what set it apart. These features set the technology up for future measurements inside the body; towards the ultimate goal of minimally invasive point-of-care diagnostics.”Lead author, Dr Salvatore La Cavera III, who holds an EPSRC Doctoral Prize Fellowship at the University of Nottingham.

Currently at prototype stage, the non-invasive imaging tool, described by the researchers as a “phonon probe”, is capable of being inserted into a standard optical endoscope, which is a thin tube with a powerful light and camera at the end that is navigated into the body to find, analyse, and operate on cancerous lesions, among many other diseases. Combining optical and phonon technologies could be advantageous; speeding up the clinical workflow process and reducing the number of invasive test procedures for patients. 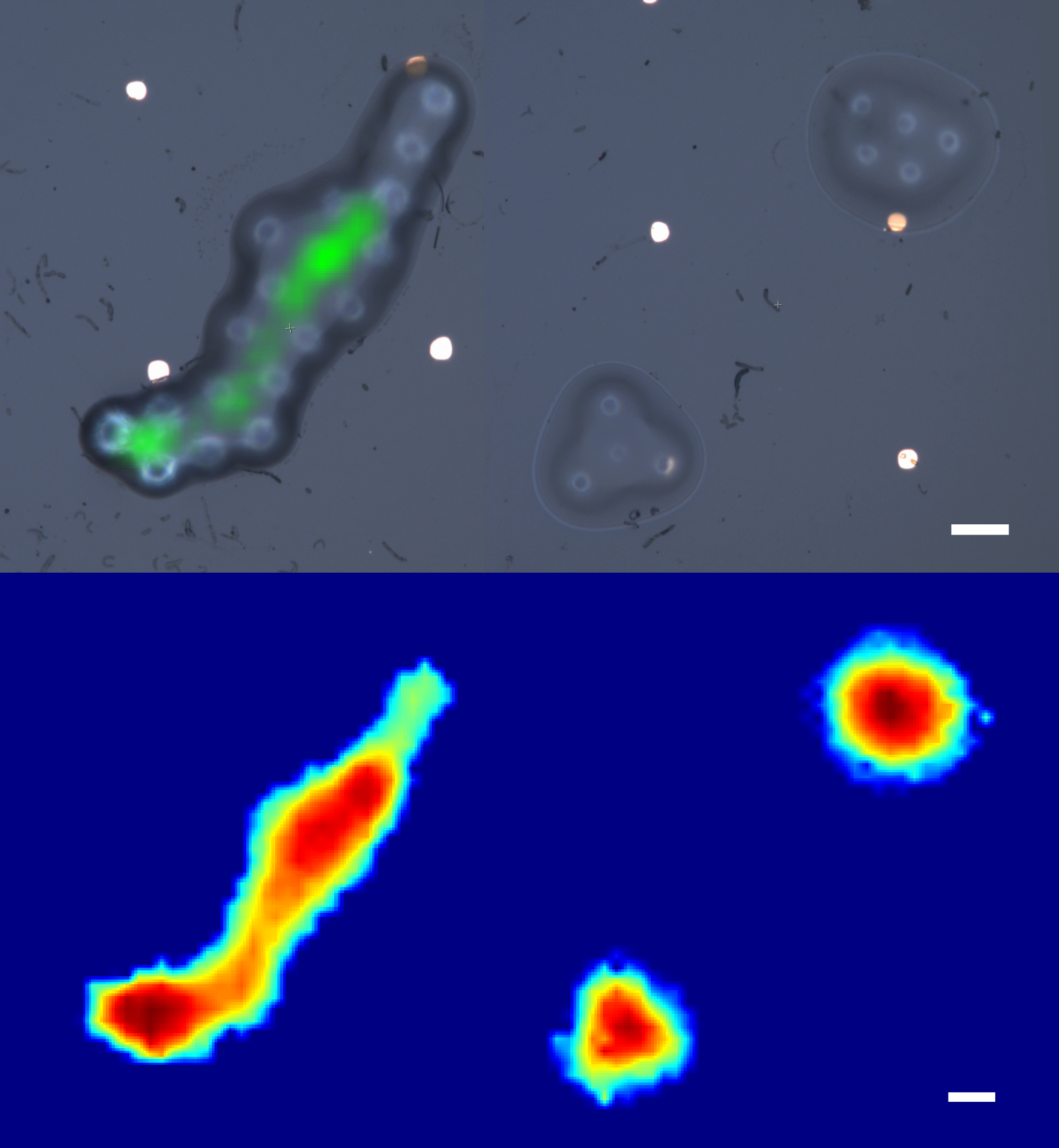 Just as a physician might conduct a physical examination to feel for abnormal ‘stiffness’ in tissue under the skin that could indicate tumours, the phonon probe will take this ‘3D mapping’ concept to a cellular level.

By scanning the ultrasonic probe in space, it can reproduce a three-dimensional map of stiffness and spatial features of microscopic structures at, and below, the surface of a specimen (e.g. tissue); it does this with the power to image small objects like a large-scale microscope, and the contrast to differentiate objects like an ultrasonic probe.

“Techniques capable of measuring if a tumour cell is stiff have been realised with laboratory microscopes, but these powerful tools are cumbersome, immobile, and unadaptable to patient-facing clinical settings. Nanoscale ultrasonic technology in an endoscopic capacity is poised to make that leap.”Dr Salvatore La Cavera from the Faculty of Engineering.

The new ultrasonic imaging system uses two lasers that emit short pulses of energy to stimulate and detect vibrations in a specimen. One of the laser pulses is absorbed by a layer of metal – a nano-transducer (which works by converting energy from one form to another) – fabricated on the tip of the fibre; a process which results in high-frequency phonons (sound particles) getting pumped into the specimen. Then a second laser pulse collides with the sound waves, a process known as Brillouin scattering. By detecting these “collided” laser pulses, the shape of the travelling sound wave can be recreated and displayed visually.

The optical fibre imaging sensor has a diameter of 125 micrometres, approximately the size a human hair, shown for perspective against a penny. A microscope image shows the true scale of the device, and its ability to conduct light.

The detected sound wave encodes information about the stiffness of a material, and even its geometry. The Nottingham team was the first to demonstrate this dual-capability using pulsed lasers and optical fibres.

The power of an imaging device is typically measured by the smallest object that can be seen by the system, i.e. the resolution. In two dimensions the phonon probe can “resolve” objects on the order of 1 micrometre, similar to a microscope; but in the third dimension (height) it provides measurements on the scale of nanometres, which is unprecedented for a fibre-optic imaging system. 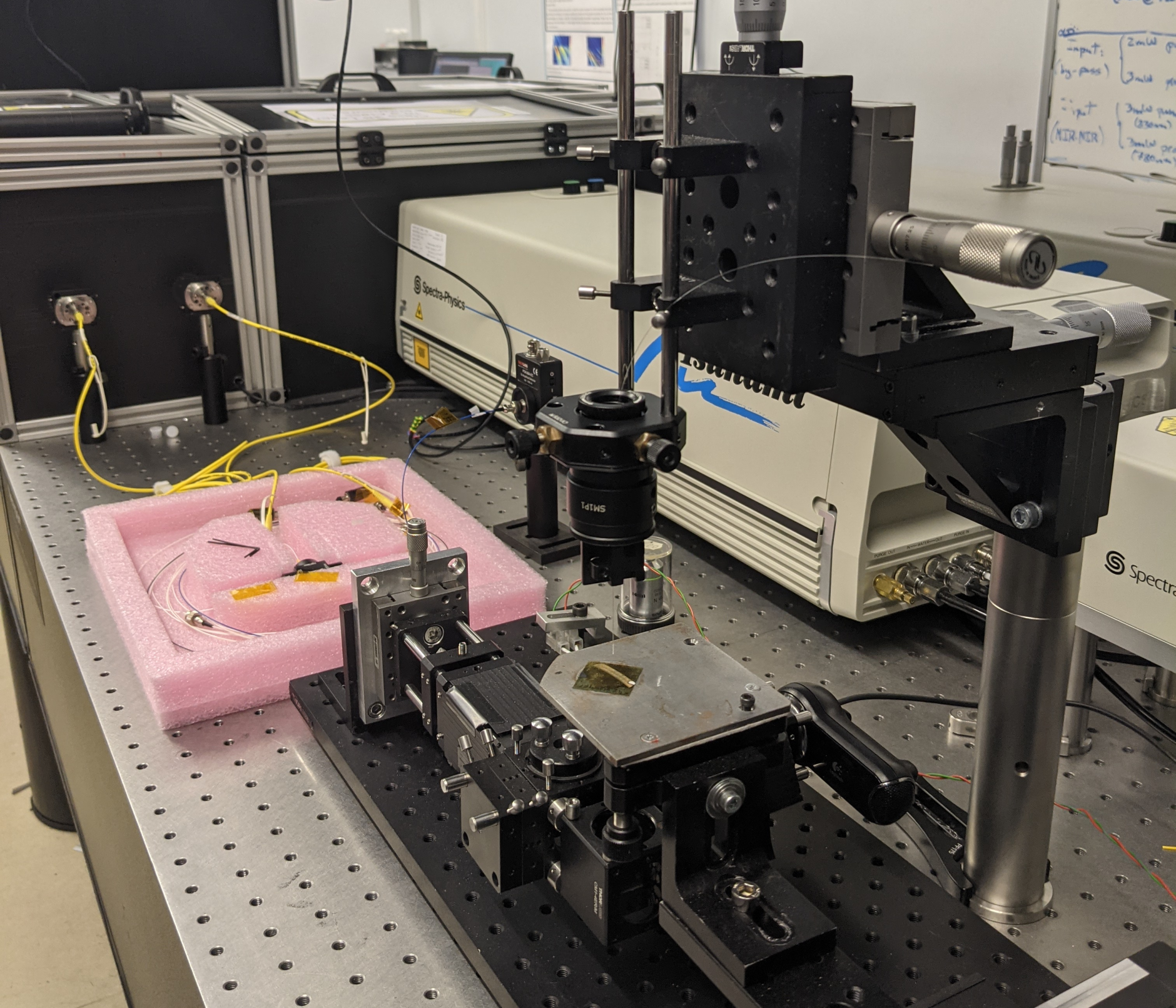 In the paper, the researchers demonstrate that the technology is compatible with both a single optical fibre and the 10-20,000 fibres of an imaging bundle (1mm in diameter), as used in conventional endoscopes.

Consequently, superior spatial resolution and wide fields of view could routinely be achieved by collecting stiffness and spatial information from multiple different points on a sample, without needing to move the device - bringing a new class of phonon endoscopes within reach.

Beyond clinical healthcare, fields such as precision manufacturing and metrology could use this high-resolution tool for surface inspections and material characterisation; a complementary or replacement measurement for existing scientific instruments. Burgeoning technologies such as 3D bio-printing and tissue engineering could also use the phonon probe as an inline inspection tool by integrating it directly to the outer diameter of the print-needle.

Next, the team will be developing a series of biological cell and tissue imaging applications in collaboration with the Nottingham Digestive Diseases Centre and the Institute of Biophysics, Imaging and Optical Science at the University of Nottingham; with the aim to create a viable clinical tool in the coming years.

Read the original article on University of Nottingham.