Exploring the Limits of Light–matter Coupling at the Nanoscale

In nanophotonic devices, light and matter can be coupled in ways that give rise to new quantum phenomena. Theoretical and experimental work now establishes that are physical limits to just how strong light–matter coupling can be made in such systems.

The interplay between light and matter encompasses a stunning spectrum of phenomena, from photosynthesis to the captivating colours of rainbows and butterfly wings. Diverse as these manifestations may be, they involve very weak light–matter coupling — in essence, light interacts with the material system but does not change its basic properties.

A distinctively different set of phenomena arises, however, for systems that are artifically engineered to maximize light–matter coupling. Then intriguing quantum states can emerge that are neither light nor matter, but a hybrid of the two. Such states are of high interest from a fundamental point of view as well as for creating novel functionalities, for instance for enabling interactions between photons. The strongest couplings to date have been realized with semiconductor materials confined to tiny photonic cavities.

In these devices the coupling is typically increased by making the cavity ever smaller. But even if associated fabrication challenges can be addressed, the approach is about to encounter fundamental physical limits, as a team led by Professors Giacomo Scalari and Jérôme Faist at the Institute of Quantum Electronics report in a paper published today in Nature Photonics. With this work, they set quantitative limits to the miniaturization of such nanophotonic devices. 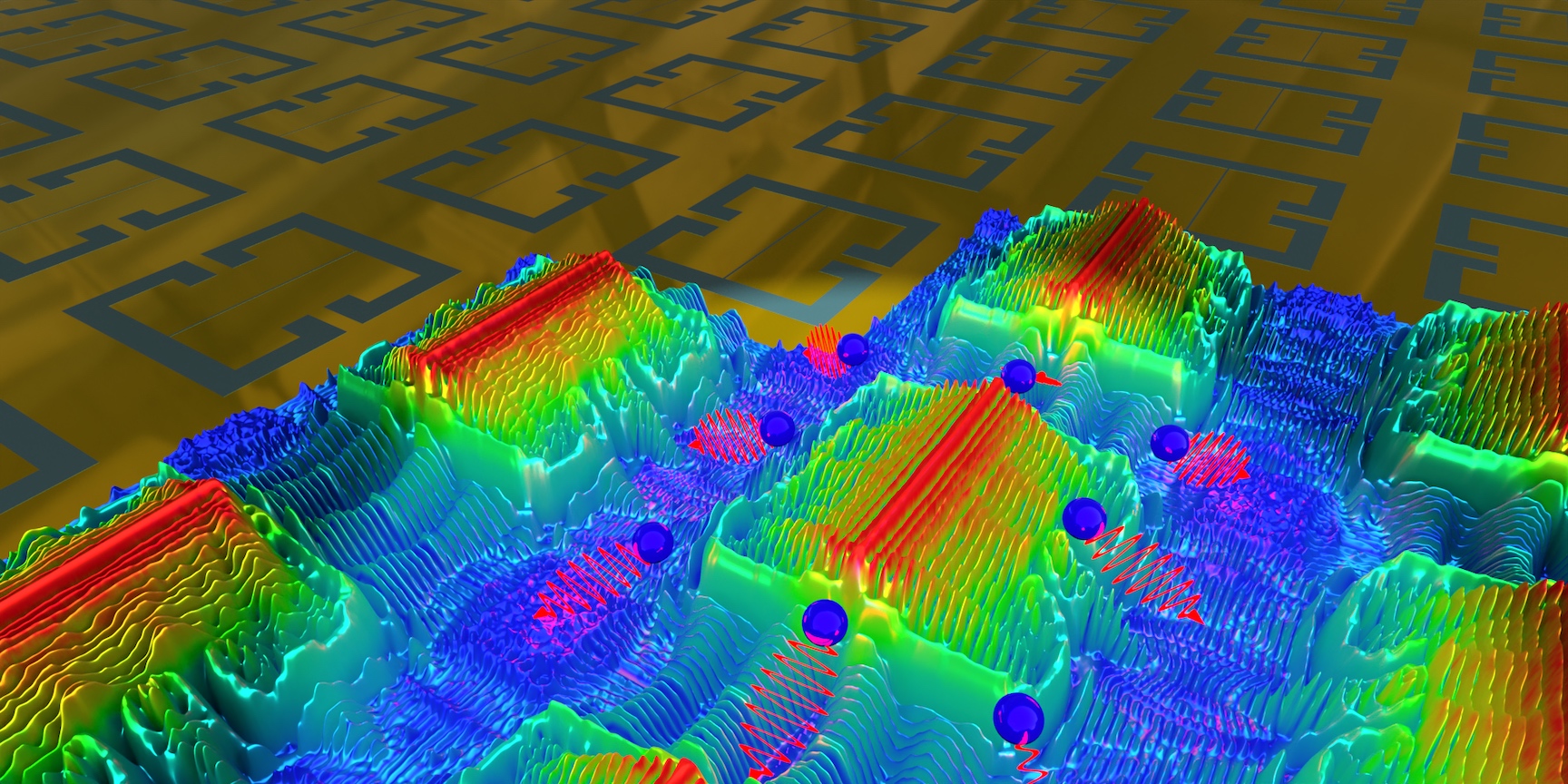 In the past four decades, various platforms have been developed for achieving strong coupling between light and matter. Among them, one pioneered experimentally by Scalari in the Faist group stands out, in that almost continuously since 2011 it provides one of the strongest light–matter couplings realized across all platforms. Importantly, in the course of setting ever new records, they reached the ‘ultrastrong’ regime, where the light–matter coupling is comparable to the relevant energies of the uncoupled matter system, giving access to a wealth of novel phenomena. 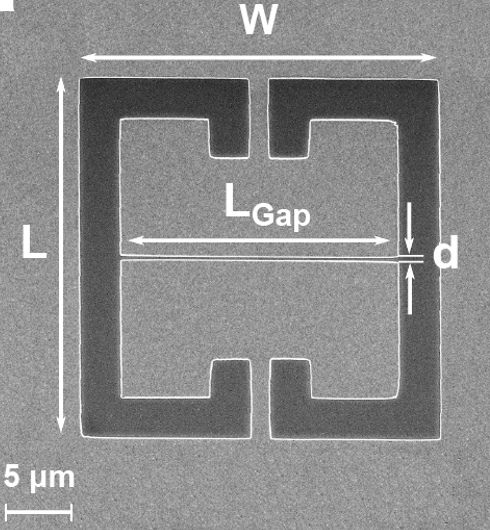 Scanning electron microscope (SEM) image of a unit cell containing a split-​ring resonator with a gap of d = 250 nm.

At the heart of their record-​setting platform are so-​called metallic split-​ring resonators (see the figure), in which electromagnetic fields can be localized in extremely small volumes, well below the wavelength of the light — typically terahertz (THz) radiation — involved. The micrometre-​sized gaps of these resonators are loaded with semiconductor quantum wells possessing suitable electronic properties, to serve as the matter system. A natural route to increasing the coupling between excitations in the quantum wells and the light confined in the resonator is then to decrease the width of the gap (d in the figure). But just how strong a coupling can be engineered in this manner remained an open question.

Shima Rajabali, a PhD student in the group of Scalari and Faist, thanks to quantum wells grown by their Senior Scientist Mattias Beck and a theory study by Simone De Liberato and Erika Cortese at the University of Southampton (UK), now theoretically and experimentally explored whether there is a fundamental physical limit to subwavelength confinement in such systems. The team found that indeed there is: If the electromagnetic field is concentrated into ever smaller volumes, then at some point the very nature of the light–matter hybrid states (in their case these are known as polaritons) starts to change. This fundamental change in polaritonic features in turn prevents a further increase in coupling strength.

This limitation is not some far-​off scenario. In state-​of-the-art nanophotonic devices signatures of this paradigm change have been encountered already. Just that there has been no firm understanding of the underlying reasons. This gap is now filled by Rajabali et al. Also, their newly developed framework might apply not only to the specific devices they studied, but to other nano-​optical systems as well, for example those based on graphene or transition metal dichalcogenides (TMDs), and for resonator geometries other than split-​ring resonators. As such, the new work should provide general quantitative limits to light–matter coupling.

In order to explore the limitations to increasing light–matter coupling by decreasing the subwavelength volume to which the light is confined, the team developed a theoretical framework whose predictions they tested experimentally and in computer simulations. A key finding was that at the smallest length scales considered — they examined devices with gaps down to 250 nanometres wide — non-​local effects emerged. These are due to the fact that below a critical length scale, as a large in-​plane momentum for carriers is provided, the tightly confined light field in the resonator couples not only to bound electronic states of the quantum well, but to a continuum of high-​momentum excitations originating from a known two-​dimensional plasmon dispersion in the quantum well. This opens up new loss channels, eventually changing in a fundamental way how light and matter interact in these nanophotonic devices.

Rajabali and colleagues show that this transformation into a regime governed by polaritonic non-​locality gives rise to phenomena that cannot be reproduced by the classical and linear quantum theories normally used to model the interplay between light and matter. In other words: we can rest assured that much remains to be explored in the fascinating arena of light–matter interaction.