For three years in the late 2000s, PhD students in the lab of University of Toronto chemistry professor Cynthia Goh explored ways to build a business around a breakthrough nanoparticle technology developed in her lab.

The group tried to use the polymer – whose particles are one-ten-thousandth the width of a human hair – to create better light-emitting television displays and sensors in medical devices. They experimented with non-reflecting glass coatings and catalysts that cut sulfur dioxide emissions in cars.

Each time “we’d get to a certain point and realize our technology wasn’t the best possible fit for what we were trying to do,” Darren Anderson, one of the students, said in an interview. The one idea that stuck was farming, “where there are real advantages associated with our technology, and where we think the technology gives us an unfair advantage.”

Today their Mississauga-based Vive Crop Protection Inc. is growing fast in Canada’s agriculture technology sector, on track to generate $20-million in revenue this year, up from $9.3-million in 2020. (Mr. Anderson, one of six Vive co-founders, led the development and launch of Vive’s products and became chief executive in 2019; Ms. Goh, also a co-founder, is not involved in day-to-day operations.)

Vive’s patented products, which began selling in 2017, are used on 2.5 million acres of farmland, up from one million in 2019. It also has clean technology cred, as its products help growers cut fuel and water usage and increase yields while reducing use of chemicals that kill bugs, fungi and weeds and enhance soil.

“They are one of the leaders in the emerging Ontario ecosystem in agtech,” said Leah Lawrence, chief executive with Sustainable Technology Development Canada, a federal agency that has funded Vive projects. “With water and food scarcity due to war and drought, agtech has never been more important for food security. It’s an interesting space for sustainable technology and Canada could really clean up” in the field. 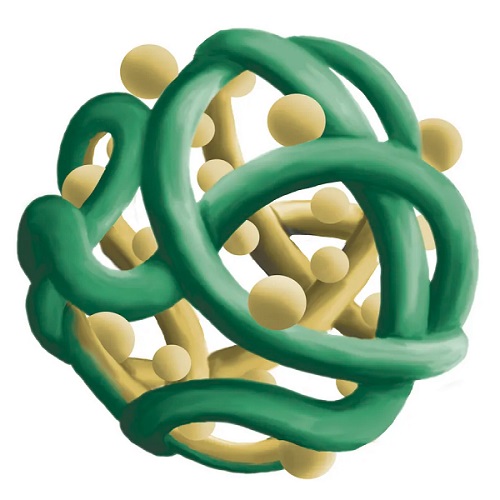 Vive’s Allosperse nanotechnology, portrayed in company image here, is one-10,000the the width of a human hair. The yellow colour on the interior of the porous capsule is designed to be a good chemical environment for the input, such as a herbicide or fungicide, represented by the little balls. The green exterior is designed to change how the particles interact with their environment, such as being able to a tick better to a leaf or mix better in a spray tank.

On Monday, 16-year old Vive is announcing it has raised US$16-million in equity, led by Canada’s top agtech venture capital firm, Emmertech, and backed by ADM Capital Europe LLP’s Cibus funds, as well as past investors Business Development Bank of Canada, Export Development Canada and Urbana Corp. Vive has also secured US$10-million in venture debt from Silicon Valley Bank and is in talks to raise US$14-million more in equity.

“The team is awesome, the technology is outstanding and they are a cleantech darling with world-beating technology grown right here in Canada,” said Kyle Scott, managing director with Emmertech, managed by the venture arm of Saskatchewan’s Conexus Credit Union. “Anything that can reduce chemistry going on the crop, you’re not only saving farmers money, it’s also good for the environment. We had to find a way to work with them.”

Vive’s core technology, Allosperse, could be called a farmaceutical: It’s a delivery technology similar to molecules used to ferry drugs such as heart medications or COVID-19 vaccines to their precise target in the body.

Allosperse is a capsule that looks like two snakes intertwined in a sphere. It is a tiny shuttle whose interior is designed to be friendly to the payload, be it particles of insecticide, herbicide, fungicide or biological alternatives. The exterior is made to enhance how the particles interact with their environment, by, for example, making them stick better to leaves or stay in suspension longer in soil.

The polymer is mixed with the crop-protecting chemicals and milled to ensure the chemicals squeeze into the shuttles. The result looks to the naked eye like a creamy liquid; it is packaged in 2.5-gallon jugs sold through co-ops and farm retailers. Vive, with just over 50 employees, outsources manufacturing to a Toronto-area company.

Once Vive’s products – seven have been approved for sale by the U.S. Environmental Protection Agency, but none yet by its Canadian counterpart – have done their job, they biodegrade. “Our whole technology is environmentally friendly,” Mr. Anderson said.

One of the advantages of using Vive products, said Mike Richmond, a commodity crop farmer in Bay Port, Mich., is that they can be distributed along with fertilizer in a process called “in-furrow pop-up” fertilization, where fertilizer is dropped directly on seeds in trenches before they are closed. That saves a separate spraying pass, which translates to savings of hours of labour, hundreds of gallons of fuel and tens of thousands of gallons of water a year on a typical sugar beet farm, Mr. Anderson said.

Mr. Richmond said his business has switched to Vive’s AZteroid fungicide from rival product Quadris because the latter “doesn’t mix well with fertilizers, so we could never use our fertilizer application with it. Vive has solved that problem. AZteroid gives us all the chemical properties of Quadris plus lets us mix it with fertilizer without it creating a mess in our tank. I really like their vision of making chemistry easier and safer to use and environmentally friendly as possible” without compromising a farmer’s need to make money.

Mr. Scott said one of Vive’s biggest opportunities is to improve the performance of biological alternatives to chemicals, which have a reputation for inconsistency and ineffectiveness. “I think you’ll see Vive be this massive pillar of that transition” to more biologicals use, he said. “That’s something we’re excited to see them do.”

Read the original article on The Globe and Mail.