It says its tech could enable microchips to be produced by companies all over the world.

Could all kinds of companies soon produce their own microchips? Danish startup ATLANT 3D thinks so. It’s today announcing a $15m Series A led by the British VC West Hill Capital to bring its unique and disruptive technology to the global market.

ATLANT 3D is a Danish deeptech company founded in 2018 developing a totally new technology that enables advanced manufacturing of materials and electronics at the atom level. According to the company, it’s “cracked the code” for a radically new way of doing micro and nano-processing. 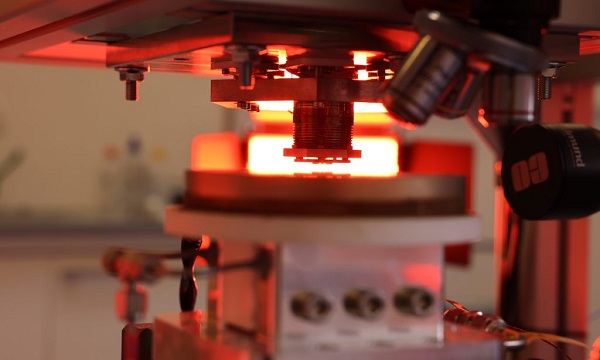 One of ATLANT 3D’s microchip printers

“We invented a micro-nozzle that allows us to bring the chemicals to the surface and with atomic precision control what’s happening on the surface,” says Maksym Plakhotnyuk, the founder of ATLANT 3D.

This could help change the way we manufacture electronics and microchips, used in all modern digital devices from phones to games consoles to cars, so that they could be produced locally instead of shipped across the globe, says Plakhotnyuk.

“The current multi-step process is at the root of our current global supply chain crises, causing a shortage of electronics devices and bringing high barriers to innovation,” he says.

Why is it different?

ATLANT 3D wants to develop local hubs where small and large companies can design new materials and electronics from scratch and produce them in-house.

According to the company, this will not only be a cheaper solution than the ones available now but also open up further innovation in new types of electronic devices.

The startup has a range of customers including Nasa and the Japanese electronic corporation Sony, which has also invested in the company.

So what will it be used for?

To begin with, ATLANT 3D is focusing on applications such as vehicle electrification (like novel batteries), 5G infrastructure with integrated electronics, enabling devices for the metaverse such as curved displays, as well as emerging applications like 2D nanoelectronics and quantum device materials.

Read the original article on Sifted.