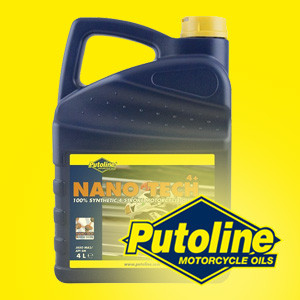 NPD data shows that the Dutch company Putoline has produced the most nanotechnology products in the field of engine oil, by registering 46 nano-oils in this databank. An interesting point is the abundance of tungsten disulfide nanoparticles in the production of these nano-oils.

Friction is one of the main causes of wear in the vehicles’ engines. The movement of various pieces inside the engine causes corrosion and it leads to the increase in fuel consumption, pollution, and energy waste. Therefore, any solution that reduces friction in the engine will eventually better the vehicle’s performance.

By lubricating the pieces inside the engine, engine oil reduces corrosion, cools the pieces inside, cleans soot from the inner pieces, the leftover caused by combustion, and the residue between the pieces, seals the gap between the cylinder and piston, protects the engine pieces against corrosion, and boosts the performance of the moving parts of the engine at various temperatures. Adding nanomaterial to the oil improves lubrication which in turn reduces fuel consumption considerably and improves the engine’s performance.

Analyses of Nanotechnology Products Database (NPD) show that until mid-January 2017, 92 products have been registered in the database, in the section about oil engines that have been modified by nanomaterials. Tungsten disulfide has been the most used nano-additive in these products by being used in 76 products. Known by the chemical formula WS2, it is used in form of a powder. One of the advantages of tungsten disulfide is its ability to withstand pressure and high temperature from ˗270° C (˗450° F) to 650° C (1200° F) in the atmospheric condition and from ˗188° C (˗305° F) to 1316° C (2400° F) in the vacuum. These nanoparticles can be added to the engine oil in various weight percentages from 1% to 15%. They cover the pieces inside the engine and reduce their friction like a nanocoating. Nanoparticles that contain boron are the 2nd most used additive in oil engines. Such nanoparticles cause boron compounds to chelate the surface of the pieces and create a protective shield eventually. One of the advantages of adding boron additives at nano-scale to oil engine is as the temperature increases, the formation of layer on the pieces speeds up too. Zinc oxide (ZnO) nanoparticles are the 3rd most used nanomaterial in oil engines. Adding zinc oxide can improve the internal parts’ resistance to fatigue and reduce friction at the same time. Silver and diamond nanoparticles have been used in the registered products too.

More detailed analysis of the database shows that in 82 products, the engine oil manufacturers have claimed that adding nanomaterials has increased resistance against fatigue, energy consumption has reduced in 54 products, and fluidity has increased in 46 products as a result of adding nanomaterials to the oil. The manufacturers have also said that friction has been reduced in 36 products.

Putoline Company has registered the most products in the engine nano-oil section of NPD. This Dutch company has been manufacturing engine oil since 1970, and it produces the most diverse oils for motorcycles. According to the information in the company’s website, Putoline is the first company in the world that produces nano-oil. At present, 46 products by this company have been registered in NPD database.

The British company Millers Oils holds the 2nd rank with 13 products. Millers Oils is one of the oldest oil producers that has been established in 1887. It started producing nanomaterial-based oil officially in 2009 and won Most Innovative New Product Award in the same year. Interestingly, Millers Oils won the same award in 2012 for the production of engine oils that were strengthened with nanomaterials.