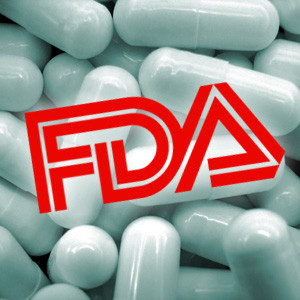 Studies on 350 FDA approved nanoproducts show that liposomes are the most commonly used nanostructures in these drugs, while nanocrystals have the second largest share. More than one-third of the nanodrugs have been designed for the treatment of cancer.

Center for Drug Evaluation and Research (CDER) studied the profile of 350 FDA approved drugs, and announced that the use of nanomaterials in drugs has been increased in the past two decades. Results of the study show that the average size of particles used in the drugs is lower than 300 nanometers.

In this study, nanomaterials used in medical products have been precisely evaluated. Results show that liposomes have the highest share in medical nanoproducts, with a share of more than 33%. Nanocrystals and emulsions possess the second and third ranks by having a share of 23% and 14%, respectively. Polymer-iron complexes have been used in 9% of the products while micelles have a share of 6%. The studies show that the common nanostructures such as carbon nanotubes, graphene, and quantum dots have a very small share in these products.

The article has studied applications of these nanodrugs. Cancer treatment has the highest share in nanodrugs with a share of 35%, which is natural due to the importance of cancer. Inflammation/safety/pain is the second important application by having a share of 18% while infection possesses the third rank by a share of 12%. Diseases such as diabetes, hypertension, and cardio-vascular disorders are absent amongst the applications of nanostructures in drugs.

Researchers have also carried out studies on how nanodrugs are used. Results show that intravenous injection has the highest share with 59%, while oral medicine, ophthalmic drugs, and tropical applications possess the next ranks with 21%, 5%, and 4%.

An important issue in the production of nanodrugs is the implementation of appropriate methods to characterize nanodrugs. There are various methods such as dynamic light scattering (DLS), laser diffraction, and microscopy at present. Studies on this article demonstrate that DLS method has the highest share with 48% while laser diffraction and microscopy methods rank second and third by having a share of 30% and 14%, respectively. It seems that DLS and laser diffraction are the most common methods for the characterization of nanodrugs. It must be pointed out that the both methods are from one family, and they have many similarities. Ease of application, not needing complicated preparation, reasonable price, and high speed in obtaining results are among the properties of these methods, which enable them to be perfect in medical fields.

Studying the size of nanostructures used in nanodrugs shows that the majority of nanomaterials are less than 300 nm in size while a small group has a size of 300-1000 nm. Among the nanoparticles below 100 nm, particles at 60-100 nm have the highest share while particles at 10-30 nm rank the second.