10 Best Universities of World in Nanotechnology 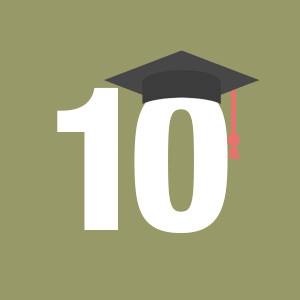 Shanghai Ranking Consultancy has ranked universities all over the world in the field of nanotechnology. Nanyang Technological University ranks first. There are four universities from the United States, three from China, Two from Singapore, and one from South Korea among the top 10 universities.

Universities and research centers are the beating heart of countries in the development of science and technology, and they are usually supported by the governments. Therefore, different rankings are presented by some organizations in order to introduce the top universities in the world in various fields.

ShanghaiRanking Consultancy is an individual organization in the evaluation of research, which ranks universities in the world since 2009. This organization has announced the top 300 universities in the field of nanotechnology in its newest ranking. Nanyang Technological University from Singapore ranks first by having 297.3 points. Massachusetts Institute of Technology (MIT), Georgia Institute of Technology, University of California (Berkeley), and National University of Singapore rank second to fifth by having 270.6, 260.1, 258.9, and 255.7 points, respectively.

StatNano database also shows that Singapore ranked 19th in the publication of nanotechnology articles in 2016 by publishing 2381 papers. Singapore, however, has a higher tank in the number of citations to articles, and it stands above the United States and China. Shanghai Ranking Consultancy does not rank universities only according to the number of nanotechnology articles published by them. The number of citations to articles is another indicator effective in the ranking of this institute. International collaboration in the publication of articles has been taken into consideration in the ranking too. Publishing articles in the top journals has especial point in the ranking. Another indicator to evaluate universities is the number of members of each university who has acquired scientific awards. Therefore, it can be concluded that qualitative indicators have been taken into consideration in the ranking as well as quantitative indicators.