Gene Editing with CRISPR on the Path to Commercialization 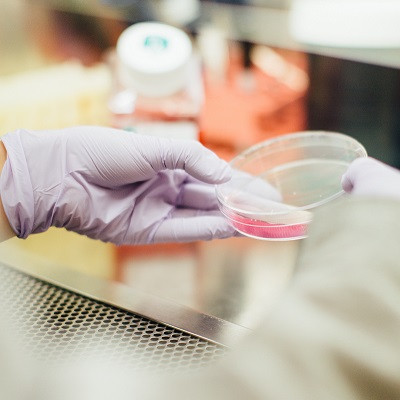 The gene-editing technology known as CRISPR, usually performed using the Cas9 protein, is finally set to be commercialized after three decades of being studied by the scientific community. This technology has recently become the cynosure of research in universities and research centers; several companies are also working on its commercialization.

There is always a gray region between zero and one which belongs neither to zero nor to one. Likewise, in the web of life, a virus is placed in the gray area between living and non-living organisms. Viruses are only able to replicate themselves under certain circumstances, one of which is the use of bacteria as their hosts.

Bacteria, however, use a surveillance system to defend against viral attacks, allowing them to keep a record of the DNA of invading viruses on their own DNA, enabling the immediate detection of those viruses. In 1987, a number of researchers at the University of Osaka discovered a mechanism in bacteria which provided them with the opportunity to edit their own DNA and store the information about attacking viruses on their blacklist. This discovery was a turning point which directed researchers to end up with the invention of the gene-editing tool which led to the emergence of the CRISPR/Cas9 technology. Researchers are now seeking to apply this technology to edit pathogenic gene mutations in human cells.

These days, a growing number of companies are working on the commercialization of this gene-editing technology. In earlier 2018, the GenEdit company was founded by UC Berkeley scientists who apply CRISPR technology to edit genes. The researchers of this company used a combination of this editor and gold nanoparticles to deliver the gene-editing DNA to the target site; in this process, the DNA bound to particles, and worked to repair the DNA using the Cas9 protein and guide RNA. These researchers injected the mentioned complex into a mouse’s muscle which was not able to produce dystrophin protein. This one-time injection enabled the mouse to reproduce the protein after two weeks.

Intellia Therapeutics, another active company in the gene-editing technology using CRISPR, has also successfully passed the clinical tests. The company has employed a clinically viable method for the therapeutic delivery of CRISPR/Cas9-based gene editing in the treatment of a genetic liver disease.

All in all, such stories accentuate the importance of this revolutionary breakthrough, in so far as research centers around the world are working to file patents and make larger contributions to knowledge in this field.  It has been 30 years since the discovery of this gene-editing tool, and today, companies are on the verge of launching this technology onto the market, envisaging that the prospective products designed based on the CRISPR platform are to treat so many genetic diseases.