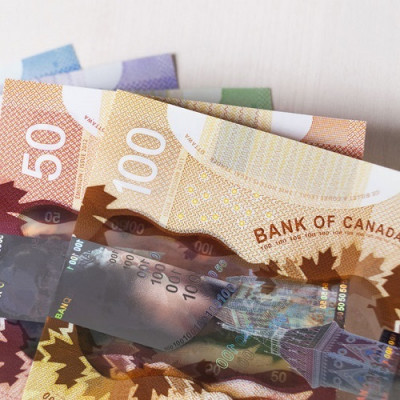 Researchers at a little-known Ottawa tech firm believe particles that are too small to be seen with the naked eye could be the next big thing in thwarting counterfeiters.

CBN Nano Technologies (CBNNT) is in the early stages of a five-year project to boost security features in everything from passports to the polymer bills you carry in your wallet. The two-year-old division of Canadian Bank Note believes its investment in nanotechnology will ultimately make criminals’ lives much more difficult ​– for example, microscopic material that could only be detected by a special scanner could be embedded into currency and other sensitive documents, making it much easier to verify their authenticity. “You have to try to stay one step ahead of the bad guys,” says Gordon McKechnie, senior vice-president of corporate affairs at Canadian Bank Note.

The federal government saw enough potential in the technology that it announced earlier this week it’s pouring $40 million into the research project through its strategic innovation fund. In total, Canadian Bank Note plans to invest $212 million into finding out whether “you can actually do manufacturing that’s accurate at the atomic level,” McKechnie says.

The goal is to produce “highly sophisticated” security features that can only be seen under a microscope ​– “and not just any kind of microscope,” he adds with a chuckle. Nanotechnology, he says, could lead to “some rather cool things that counterfeiters would never be able to replicate.” But the research is still in its infancy, McKechnie notes, and where it ultimately leads is still anybody’s guess.

“(Security) would be an early targeted market for us if this all works – and it is still an if,” he cautions. “The government, like us, sees the promise that it represents – not just for our business, but for a lot of other applications. Because if you can be really, really accurate in what you build, you can do a lot of stuff that solves some of the world’s problems.”

Beyond dollar bills
Other fields where Canadian Bank Note researchers believe their study of tiny things could achieve giant breakthroughs include medicine and high-speed computing. McKechnie notes that microprocessors are almost at the stage where circuits can’t get much smaller using existing methods, potentially limiting any further increases in processing speeds. Nanotechnology could change that some day, he suggests.

“The principle by which computer speed has accelerated has kind of levelled off now,” he explains. “They need a new technology to do it. This might be it.” But as McKechnie readily concedes, “might” is still the operative word. “These are theoretical applications,” he reiterates. “We have to prove the fundamental research that says, ‘Yes, you can do this.’”

Nanotechnology could open the doors to massive new markets, he says, “but it’s a little hard to anticipate before you actually prove the principle. We think that we will, within the next year or two, be able to establish that it’s possible.”

‘Reverse brain drain’
To that end, CBN Nano Technologies expects to boost its current headcount of about 70 to nearly 300 over the next several years, with most of those hires likely to happen right here in Ottawa. Canadian Bank Note – which, among other things, prints currency, passports, driver’s licences and other secure documents for customers around the world – bought the nanotechnology assets of a California firm a little over a year ago with the aim of ramping up the research here in the nation’s capital, where the 122-year-old company is headquartered.

Many of those researchers have already relocated from California to Ottawa, and that makes McKechnie smile. “They’ve been working on it for a long time,” he says. “We think they’re on to something, and we were prepared to invest in it and make sure the project has the money it needs. The federal government liked the idea of reverse brain drain, quite frankly.”

Most of the new employees the firm expects to add over the next few years are in highly sought-after STEM fields such as chemistry, physics, math and computer engineering – exactly the kind of cutting-edge knowledge workers the feds are looking to help Canadian industry nurture and retain. McKechnie says it’s not easy to find such highly specialized talent, but adds the allure of being on the ground floor of such a monumental project makes the company’s pitch to new recruits a little easier.

“We’ve become kind of a stealth technology company,” he says. “People don’t really know us. Once they do get to know us, they don’t leave, typically. Some of the new hires into the nano project, they’ll make comments like, ‘We could have gone to work for a company like Shopify, but this is more interesting.”

The proof, as they say, will be in the pudding. But should CBN Nano Technologies’ efforts pan out, the payoff will be sweet. “It’s a big gamble,” McKechnie admits. “We refer to this as the biggest R&D project the company has ever undertaken. But we have a lot of confidence in it.”