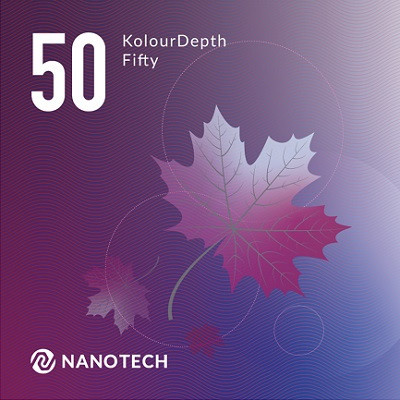 Nanotech Security Corp., a market leader in developing nano-optic structures and color-shifting materials for use in authentication and brand enhancement applications, just unveiled its new currency authentication product called KolourDepth, which had been designed by incorporating nanotechnology and proprietary algorithms into specialized manufacturing methods so as to provide currency issuers with the opportunity to design advanced banknote security features that clearly show their authenticity.

A company statement asserts that the combination of nano-scale origination, proprietary algorithms, and specialized manufacturing techniques is a new standard in anti-counterfeiting. It says that with KolourDepth, “the world’s currency issuers can design banknote security features that tell rich and memorable stories, intuitively capturing and holding a person’s attention as the banknote is inspected for authenticity.”

The company’s president, Troy Bullock, says the product is intuitive and highly customizable. It carries the now-standard modern security elements such as 3D, color images, movement in multiple directions, and overprinting, to which can be added microtext, nano-text, nano-imagery, and machine readability. The product’s algorithms can direct an electron beam printing system.

The company defines nanotechnology as the study of extremely small objects, their interaction with each other and the manipulation of matter on a molecular scale to create functional devices. Materials at the nano-scale level are measured in nanometers; 1 nanometer equals 1 billionth of a meter.

Comparing its technique to putting all the pixels from a large screen TV on something a few millimeters in size, the firm says it can emboss arrays of billions of nano-indentations onto substrates from fabric to metal. The nano-structures it uses are 50 nanometers to 250 nanometers. A tip of a pencil would contain 40,000 indentations if a 50-nanometer indentation was used.

The company says its technology can impress or emboss these arrays onto a wide range of substrates, including polymer, paper, and even metal and fabrics.