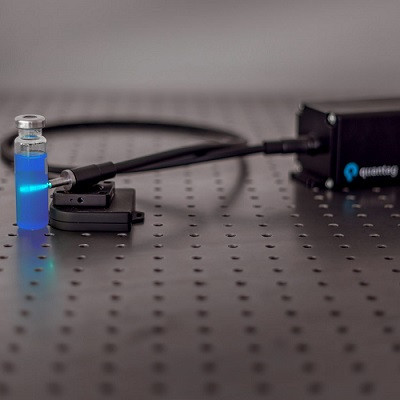 Quantag Nanotechnologies, a company based in Turkey specializing in quantum dots for delivering cutting-edge tagging solutions, has recently introduced two commercial solutions to the brand protection market in the areas of fuels and paper towels. The company also provides systems for security printing as well as security inks, and even more systems are soon to be introduced.

Turkey-based Quantag Nanotechnologies was established in 2014 as a spin-off from a Turkey-based market-leading petroleum company to develop advanced tagging technologies. The company offers tagging solutions (which it calls Quantum Tagging Technology) based on quantum dots - and is offering complete systems based on its own tags (QDs) and sensors (readers).

Quantag has already deployed two commercial solutions for the brand protection market in, both in Turkey. One is used in fuel tagging and the other is used to tag paper towel rolls in automated dispensers so that they only work with certified (marked) brands.

The company is also offering systems for security printing (for example for ID cards), security inks for tax stamps and other secure/valuable documents and are already in talks with other customers to deploy more systems.

Quantag can use several Quantum Dot materials, but the company tells us that graphene based QDs are preferred in many cases - for example in the fuel market the use of metallic additives is forbidden or very restricted due to regulations. In addition Quantag finds that graphene QDs offer superior stability compared to non-carbon QDs. For the paper towel brand protection application, The gQDs were tested in accredited laboratories for skin and food contact, and were found to be 100% safe.

The graphene materials are produced in-house by Quantag at its facilities - which have the capacity to produce several Kilogram of such materials each day. Quantag can produce graphene QDs in the emission ranges covering all the visible range, with quantum efficiency levels as high as 80 % depending on the particle. Finally we have been told that the company developed its own security gQD ink formulations - so that it is possible to print high resolution invisible patterns using a conventional desktop (water based) office ink-jet printer.

These patterns are visible only under UV light. Although patterns printed with a QD ink and commercially available dye or pigment based inks looks nearly the same to the eye under UV light, Quantag handheld sensors have the ability to differentiate between them, raising UV fluorescent printing to a higher security level.