Graphene, the Superhero of Materials, Now to Reinforce Asphalt Concrete 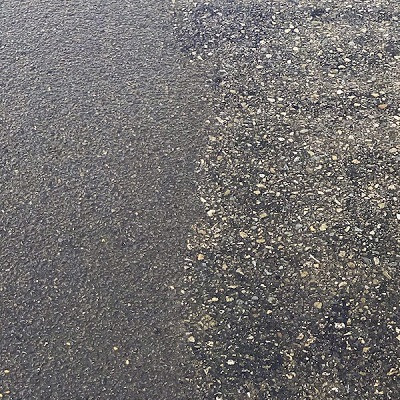 ECO Group, a Russia-based company, incorporated OCSiAl’s TUBALL graphene nanotubes into asphalt concrete and conducted a trial on one of Russia’s highways, showing around 67% improvement in its both rutting resistance and fatigue cracking resistance; thus, the application of ECO Group’s modified asphalt concrete in road construction was approved and recommended by the Ministry of Transport of the Russian Federation.

The Russian company ECO Group has successfully tested road bitumen modified with TUBALL graphene nanotubes produced by OCSiAl. The Ministry of Transport of the Russian Federation had found the formulation to be promising and thus authorized an experimental section of road pavement with nanotubes to be laid on the M-4 Don federal highway.

Nanotubes are introduced into bitumen using adhesive agents, and the modified bitumen is then added to asphalt concrete. Nanotubes improve the properties of road bitumen even at very low concentrations, from 0.025% to 0.035% in the total weight of bitumen, while the content of bitumen itself in asphalt concrete does not exceed 6%. The tests showed an increase in the softening point by 10°C and a more than twofold increase in the viscosity of the binding agent.

As a result, asphalt concretes containing bitumen with TUBALL nanotubes demonstrate a 67% improvement in rutting resistance and a 67.5% boost in fatigue cracking resistance.

Now, after these successful trials, the next step in the nationwide application of this invention involves designing a road network with a nanotube-reinforced pavement.

“The Expert Council under the Ministry of Transport of the Russian Federation, with the participation of experts from various ministries and departments, recognized the innovative nature of ECO Group’s asphalt concrete modification, approved its application in road construction, and recommended considering its use in road construction,” said ECO Group’s General Director, Alexander Greiz.

Graphene nanotubes (also known as single wall carbon nanotubes) are an incredibly strong and light material that is widely used to change the properties of various materials. Their ability to improve asphalt concrete pavements is being researched by teams of scientists around the world. This solution is one of the first to be green-lighted for testing on real roads.