Companies Holding Most Nanotechnology Patents at USPTO in 2019 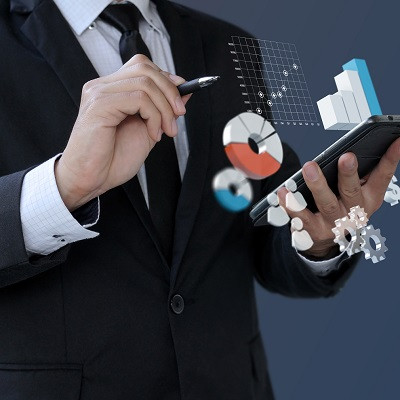 In 2019, companies specializing in the production of electronic devices and computer hardware held the largest number of nanotechnology patents filed at the United States Patent and Trademark Office (USPTO).

According to the statistical data gathered by StatNano from the Orbit patent database throughout 2019, a total of 21,406 nanotechnology patents were filed at the United States Patent and Trademark Office (USPTO), which shows an increase of 8% compared to the previous year. Of those patents, 9,515 were granted patents, and 11,891 were published patent applications.

The USPTO is considered as one of the most prestigious patent offices worldwide, bringing it to the center of the attention of a vast majority of companies competing in the global arena; thus, monitoring the patents of this pioneering patent office can provide valuable insights into the various fields of science and technology including nanotechnology.

As reported by StatNano, reviewing the patent assignees of both granted patents and published patent applications showed that, just like last year, International Business Machines Corporation (IBM) hung onto its place as the 1st in the world with 790 nanotechnology patents at the USPTO. This USA-based multinational technology company is a leading provider of computer hardware, middleware, and software, which also offers hosting and consulting services in the areas ranging from mainframe computers to nanotechnology. Samsung Electronics Co., the 2nd company on the list of 2018, also maintained its spot in 2019. The company is a Suwon-based spin-off from the Samsung Group, specializing in digital media, semiconductor, telecommunication network, and LCD digital appliances.

Intel Corporation, an American multinational technology company manufacturing computer hardware including motherboard chipsets, microprocessors, modems, mobile phones, central processing units, and integrated graphics processing units, etc., leaped 4 places compared to 2018 and scored the 3rd position on the list in 2019, which had been taken by Samsung Display Co., in the previous year. The company tumbled to the 6th spot in 2019.

The table below illustrates the top 20 patent assignees holding the largest number of granted patents and published patent applications relating to nanotechnology issued by the USPTO in 2019. The share of nanotechnology patents in the total patents filed by each patent holder can also be seen in the table, which indicates that around 97% of the patents issued by Nanotek Instruments, Inc., were in the field of nanotechnology, while this index was under 45 percent for the other 19 companies on the list. 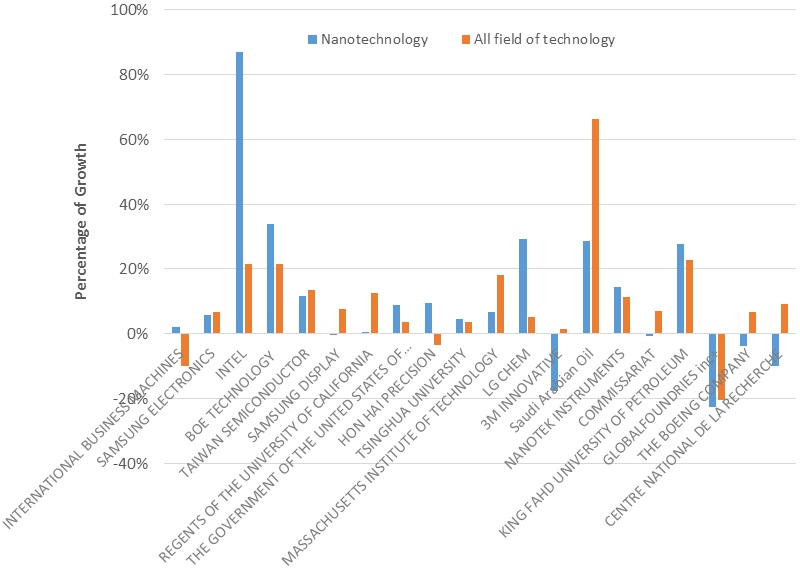 Figure 1. The top 20 patent holders’ percentage of growth in the number of their nanotechnology patents (blue bars) and total patents (orange bars) issued by the USPTO in 2019 compared to 2018.

Figure 2 indicates the number of nanotechnology patents (as the sum of granted patents and published patent applications) of the USPTO’s top 3 nanotechnology patents assignees of 2019 – IBM, Samsung Electronics, and Intel – over the past 10 years. Clearly, Intel Corporation has been closely following its rival, Samsung Electronics Co., since 2017, and given the increase in the number of its nanotechnology patents in 2019, it can be inferred that the company has placed a high priority on this emerging field and is implementing a meticulously devised development plan, which can turn it into a strong competitor for the other two giants, but which company will top the list in 2020 remains to be seen. 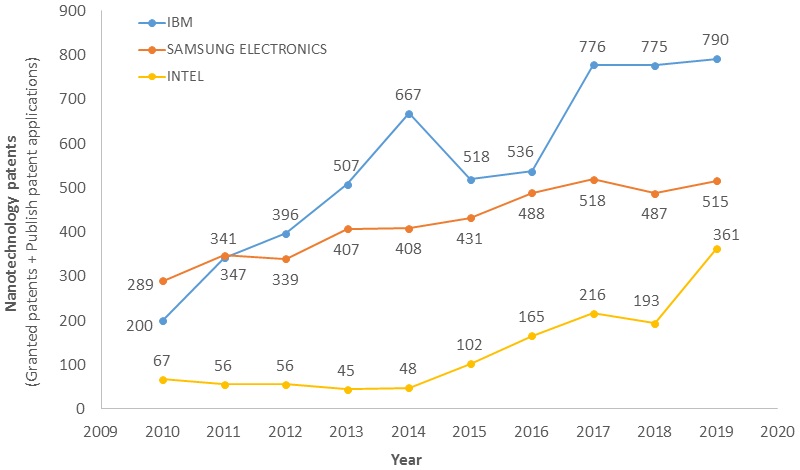