Nanoparticles Cast New Light on Mysterious Coronavirus, Treatment Is Around the Corner 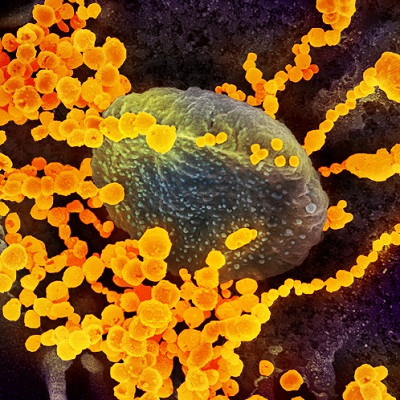 There is no vaccine or specific treatment for COVID-19, the disease caused by the severe acute respiratory syndrome coronavirus 2, or SARS-CoV-2. Since the outbreak began in late 2019, researchers have been racing to learn more about SARS-CoV-2, which is a strain from a family of viruses known as coronavirus for their crown-like shape.

Northeastern chemical engineer  Thomas Webster, who specializes in developing nano-scale medicine and technology to treat diseases, is part of a contingency of scientists that are contributing ideas and technology to the Centers for Disease Control and Prevention to fight the COVID-19 outbreak.

The idea of using nanoparticles, Webster says, is that the virus behind COVID-19 consists of a structure of a similar scale as his nanoparticles. At that scale, matter is ultra-small, about ten thousand times smaller than the width of a single strand of hair.

Webster is proposing particles of similar sizes that could attach to SARS-CoV-2 viruses, disrupting their structure with a combination of infrared light treatment. That structural change would then halt the ability of the virus to survive and reproduce in the body.

Finding and neutralizing viruses with nanomedicine is at the core of what Webster and other researchers call theranostics, which focuses on combining therapy and diagnosis. Using that approach, his lab has specialized in nanoparticles to fight the microbes that cause influenza and tuberculosis.

“It’s not just having one approach to detect whether you have a virus and another approach to use it as a therapy,” he says, “but having the same particle, the same approach, for both your detection and therapy.”

SARS-CoV-2 spreads mostly through tiny droplets of viral particles—from breathing, talking, sneezing, coughing—that enter the body through the eyes, mouth, or nose. Preliminary research also suggests that those germs may survive for days when they attach themselves to countertops, handrails, and other hard surfaces.

That’s one reason to make theranostics with nanoparticles the focus of the COVID-19 outbreak, Webster says.

Nanoparticles can disable these pathogens even before they break into the body, as they hold on to different objects and surfaces. His lab has developed materials that can be sprayed on objects to form nanoparticles and attack viruses.

“Even if it was on a surface, on someone’s countertop, or an iPhone,” he says. “It doesn’t mean anything because it’s not the active form of that virus.”

That same technology can be fine-tuned and tweaked to target a wide range of viruses, bacteria, and other pathogens. Unlike other novel drugs with large molecular structures, nanoparticles are so small that they can move through our body without disrupting other functions, such as those of the immune system.

“Almost like a surveyor, they can go around your bloodstream,” Webster says. “They can survey your body much easier and under much longer times and try and detect viruses.”

To do all that, the CDC needs to know the specifics about what kind of structure is needed to neutralize SARS-CoV-2, Webster says. That information isn’t public yet.

“You have to identify what we need to put in our nanoparticle to attract it to that virus,” he  says. “The CDC must know that, because they’ve developed a kit that can determine if you have [COVID-19], versus influenza, or something else.” 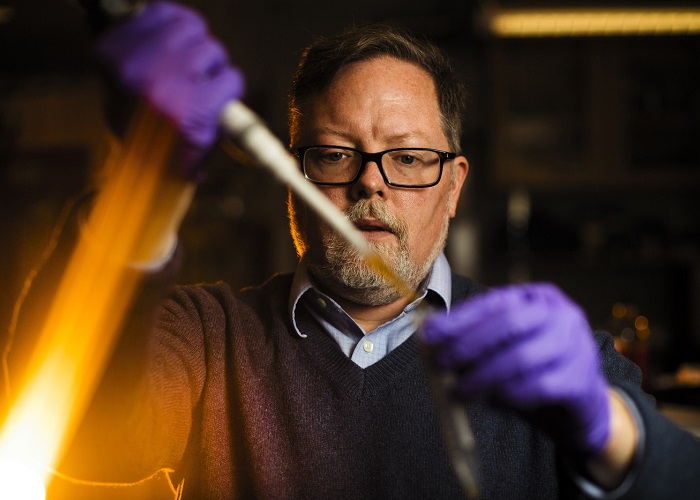 An alternative to nanomedicine is producing synthetic molecules. But Webster says that tactic presents some challenges. In the case of chemotherapies used to treat cancer cells, such synthetic drugs can cause severe side effects that kill cancer cells, as well as other cells in the body.

“The same thing could be happening with synthetic chemistry to treat a virus, where molecules are killing a lot more than just that virus,” Webster says.

Still, Webster acknowledges that there aren’t many researchers focusing on nanoparticles to kill viruses.

One of the main reasons for the lack of those solutions is that the same benefits that make nanoparticles ideal to fight infectious diseases also make them a concern for the U.S. Federal Drug Administration.

Because of their size, nanoparticles are pervasive (too pervasive, maybe) to seep through other parts of the body. To reduce that risk, Webster’s lab has focused on using iron oxide. Particles of that make up entail chemistry that is already natural to our bodies and diets.

“Even if you have a viral infection, you need more iron, because you could be anemic depending on how bad the infection is,” Webster says. “We’re actually developing these nanoparticles out of chemistries that can help your health.”

And, he says, iron-based nanoparticles could be directed with magnetic fields to target specific organs in the body, such as lungs and other areas susceptible to respiratory complications after contracting viral infections. That too, Webster says, is something that you couldn’t do with a novel synthetic molecule.

“Really, what this all means is that we just have to do the studies to show those iron nanoparticles are not going into the brain or the kidney,” Webster says, “that these nanoparticles are going exactly where you want them to go to the virus.”