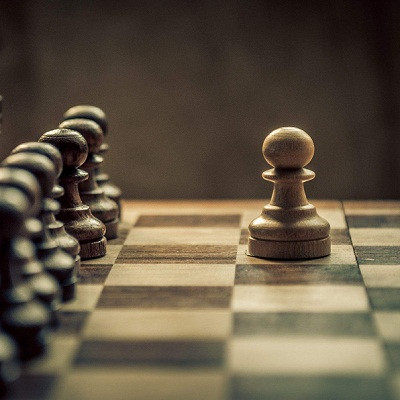 Nanoco Group plc, a UK-based market leader in the research, development, licensing, and manufacturing of heavy-metal-free quantum dots called CFQD®, recently filed a patent lawsuit against Samsung, one of the world's largest technology empires, claiming that the company infringed a number of their patents on the technology used in Quantum-dot Light Emitting Diode (QLED) TVs. The two companies had previously collaborated on developing enhanced quantum dots based on Nanoco’s CFQD® technology.

Main Market-listed minnow Nanoco (LSE:NANO) is to take on one of the world’s most powerful tech companies for allegedly infringing a series of patents on the technology behind QLED TVs.

QLED, or Quantum-dot Light Emitting Diode, is a television technology that has taken the market by storm since it debuted at consumer tech show CES in 2015. It improves viewing quality over the previous-best tech by drastically increasing the contrast and widening the colour pallete that cheaper TV sets can produce.

Quantum dots are manufactured nanocrystals that are used to enhance both colour and brightness on LCD screens. QLED is a proprietary branding term that Samsung uses to describe TVs using quantum dot technology.

The company’s board said it was seeking “to defend one of our core assets”. If successful, the lawsuit could potentially cost Samsung hundreds of millions, if not billions, in lost revenue.

In 2019, Samsung sold north of 5 million QLED TVs. It is the world’s largest TV seller and said recently it expects to take a grip on over half of the global market for next-generation 8K TVs.

Nanoco chair Christopher Richards said:
“Historically the group worked collaboratively with Samsung on developing enhanced quantum dots based on our unique and patented CFQD Quantum Dot technology and associated IP. We were therefore naturally disappointed when Samsung ended the collaboration and launched its QD [Quantum Dot] based televisions without entering into either a licensing or supply agreement with Nanoco.

“The board believes the lawsuit and possible options for monetisation of the group’s IP are testament to the quality of Nanoco’s technology and underlying IP.”

This move could, as some commentators have pointed out, be a management play to try to get Samsung to accept defeat and acquire Nanoco. Patent disputes can be hugely costly and long-running cases. Investigators will try to pick apart precisely what the patents cover, and how it relates to the products Samsung sells.

Patent disputes are not unusual in tech circles. Perhaps the best-known case of recent years, and certainly the most expensive, is Apple vs Qualcomm. According to Qualcomm, Apple owed

It claimed more than $7 billion in licence payments for use of its modem chips in iPhones.

The two giants settled their case in April 2019. Qualcomm stock surged on the announcement as it reported an expected extra $2 per share earnings boom.  The future is less certain for companies without the financial stamina to put up with a years-long fight through the courts. Nanoco has also said it is potentially looking to put the company up for sale.

Read the original article on Value the Markets.