A Step Toward Curing Celiac Disease with Gliadin-containing Nanoparticles 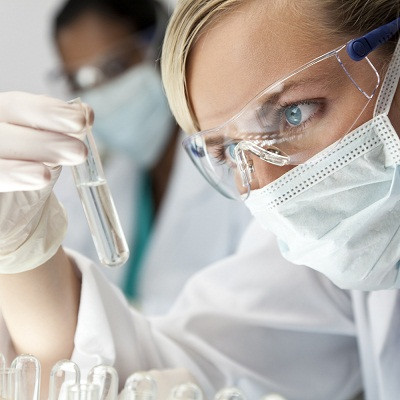 Researchers from the University of Helsinki in collaboration with Cour Pharmaceutical Development Company, Inc., an American biopharmaceutical company that designs therapies to reprogram the immune system for achieving antigen-specific tolerance in immune-mediated diseases, have jointly developed special nanoparticles containing gliadin for the immunomodulatory treatment of celiac disease, which have so far shown promising early results in clinical trials.

Celiac disease affects 0.3-2.4% of people in most countries world-wide, and approx. 2% in Finland. Celiac patients suffer from a variety of symptoms, typically intestinal complaints, such as diarrhea, but are often symptom-free. Immunologist Tobias Freitag co-developed and tested nanoparticles containing gliadin for the immunomodulatory treatment of celiac disease in Professor Seppo Meri's research group at the University of Helsinki, in collaboration with industry.

Gluten is the name of storage proteins contained in wheat, barley and rye. An alcohol-soluble gluten fraction from wheat is called gliadin.

After acquiring celiac disease, patients can no longer tolerate cereal-based diets containing gluten without developing signs of disease, e.g. the loss of villi in the intestinal mucosa.

Loss of tolerance to gliadin is caused by a failure in the regulation of gliadin-specific T lymphocytes within the immune system, leading to the destruction of the intestinal mucosa. The only available treatment for celiac disease is life-long gluten-free diet.

In a collaborative project led by Dr. Tobias Freitag working in Professor Seppo Meri’s research group in the Translational Immunology Research Program at the University of Helsinki, scientists developed and tested nanoparticles containing gliadin for the immunomodulatory treatment of celiac disease. When injected into the blood of mice in three different celiac disease models, absorbable, spherical, 500nm gliadin nanoparticles (TIMP-GLIA) significantly reduced markers of gliadin-specific T cell activation, inflammation and tissue damage. Gliadin nanoparticle treatment also induced gene expression profiles associated with immune tolerance. These findings support the concept that it may be possible to "reprogram" the immune system in celiac patients, and to instruct T lymphocytes to tolerate gluten again. If this would result in clinical unresponsiveness to gluten-containing diet in trials with celiac patients, TIMP-GLIA treatment could lead to the cure of celiac disease. Patients may then be able to eat normal food again without harmful consequences.

The gliadin nanoparticle project at the University of Helsinki was conducted in collaboration with Cour Pharmaceutical Development Company, Inc. A license for the development of TIMP-GLIA has since been acquired by Takeda Pharmaceuticals. Project results informed early clinical trials in celiac patients conducted in the US. Results from these clinical trials were demonstrated at UEG Week 2019 in Barcelona. Based on these results, treatment of celiac disease patients with TIMP-GLIA silences or reduces inflammatory gliadin-specific T cells in blood.

The pre-clinical results in mice have now been published as an article in press in the scientific journal Gastroenterology.

Similar nanoparticles may also be developed for the treatment of other autoimmune diseases, e.g. diabetes, multiple sclerosis or narcolepsy. However, this is under a precondition that the underlying disease-causing factor is known.

Read the original article on University of Helsinki.