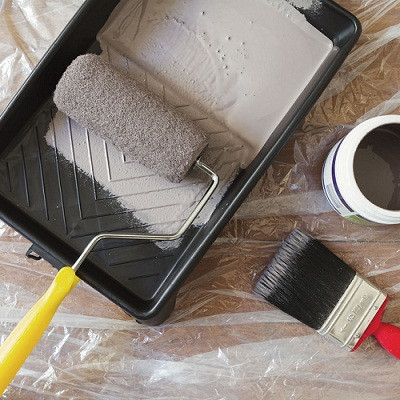 Nano Graphene Inc., also known as GrapheneCA, a USA-based graphene technology company that manufactures graphene products, has formulated a specialized coating based on graphene that shows antibacterial and antiviral properties at the same time, which can be applied to the walls and surfaces of public settings to protect people against pathogenic viruses and bacteria, especially now that everyone is worried about the ongoing coronavirus outbreak.

Nano Graphene Inc., doing business as GrapheneCA, a commercial scale graphene producer and developer of graphene-based technology, today announced that it is developing a graphene-based coating with anti-bacterial and anti-viral properties.

GrapheneCA’s coating is being formulated to be applied in the form of paints and varnishes to walls and surfaces of public settings that are high risk areas for micro-organisms such as bacteria and viruses, including shopping malls, metro stations, airports and event halls. The Company’s formula has been shown in laboratory tests to blocks the metabolism of micro-organisms by restricting cellular respiration and cell division. Furthermore, assessments shown that micro-organisms die when coming into contact with surfaces covered with the coating’s components.

GrapheneCA intends to commence independent testing of the coating’s anti-bacterial and anti-viral properties, and is targeting commercialization of the coating as early as the third quarter of 2020.

Micro-biological tests on certain components of the formula were conducted in accordance with Japan Industrial Standard (JIS) Z 2801-2000, recognized worldwide as a means of confirming antibacterial effectiveness. Laboratory test data demonstrated that such components in GrapheneCA’s coating provide disinfection of different dangerous gram-positive and gram-negative bacteria, such as staphylococcus golden and E. coli, by 100% or 4 – 6 logarithmic steps. Additionally, laboratory tests suggested that the Company’s formula offers durable activity, enough to provide anti-bacterial protection throughout the entire service life of the coating. GrapheneCA’s formula is chemical-free and has not been shown to adversely affect the environment or human health.

“Our proprietary graphene-based coating has demonstrated sustained protective activity against micro-organisms,” stated Sergey Voskresensky, Head of R&D at GrapheneCA. “We are in the process of validating our findings against different viruses and other micro-organisms and look forward to starting discussions with commercial partners for manufacturing and shipping soon after. Our mission is to provide protection to the concentrated areas that are most vulnerable to spreading viruses and other micro-organisms.”

GrapheneCA’s coating is being developed for optimal real-world applicability. Unique features are expected to include UV-curable coating, which minimizes the curing process and allows for immediate application. Importantly, the solution’s no-color formula is intended to offer end users flexibility to apply coatings to their color liking. The graphene-based coating is being developed to undergo rapid polymerization under the sun or UV light exposure, and the unique built-in color-change indicator is expected to provide control over the polymerization process. This feature is expected to allow end users to distinguish unprotected, bacteria-exposed areas from shielded areas.