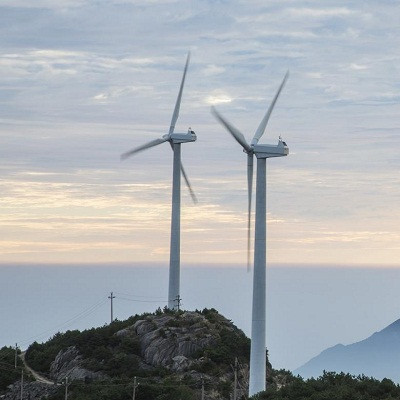 Wind power's share in worldwide electricity generation is increasing, helping to drastically decrease CO2 emissions. But along with undeniable advantages, wind energy has a serious problem. Wind turbines can cause interference to radar and other navigation systems, making it difficult for air-traffic controllers to track aircraft through the "clutter". This problem causes a large number of prohibitions on constructing wind farms in areas with intensive air traffic. In some countries, more than 60% of the entire territory is restricted for wind farms construction, blocking gigawatts of potential renewable energy capacity.

Developers from British company Trelleborg Applied Technology, which specializes in engineered material solutions, has found a way to solve this issue using graphene nanotubes (also known as single wall carbon nanotubes). “We realize that the problem is the large radar cross section of the turbine, so if we can reduce this, we remove the clutter and solve radar interference,” Dr Adam Nevin, Innovation Lead of Trelleborg Applied Technologies, explains. “In order to reduce it, we are using single wall carbon nanotubes and making nanocomposite which absorbs over 99% of the incident radar wave to make the coated object ’stealthy’, which makes it much easier to track aircraft and observe storms”.

Along with nanotubes' ability to efficiently absorb waves, they also allow new material to be extremely thin. The developers emphasize that this material would otherwise be many centimeters thick, but they managed to reduce it down to just millimeters, thus obtaining an ultra-lightweight nanopolymer. The new absorbing material uses graphene nanotubes, produced by OCSiAl.

As Dr Adam Nevin said, the product went through a full development cycle from initial research to a scaled-up solution within only 10 months only. The new absorbing material can be used in diverse product applications in telecommunications, automotive, electronic and antennae solutions, where strict regulations on electromagnetic interference and stray radio-frequency emissions apply.