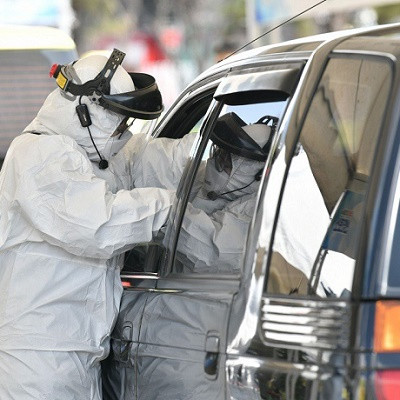 Researchers from the Institute of Environmental Engineering, ETH Zurich, have developed a faster, potentially more accurate COVID-19 test for detecting the SARS-CoV-2 virus based on plasmonic photothermal sensing.

Millions of people have been tested for the novel coronavirus, most using a kit that relies on the polymerase chain reaction (PCR). This sensitive method amplifies SARS-CoV-2 RNA from patient swabs so that tiny amounts of the virus can be detected. However, as the pandemic surges, this laboratory workhorse is showing signs of strain. Now, researchers reporting a proof-of-concept study in ACS Nano have developed a potentially more accurate diagnostic based on plasmonic photothermal sensing.

Health experts agree that expanded testing is crucial for controlling the spread of COVID-19. However, testing in many countries, including the U.S., has lagged behind because of limited supplies of some reagents and a backlog of samples awaiting available PCR machines and laboratory personnel.

In addition, a number of false-negative and -positive test results have been reported. Other methods, such as computed tomography (known as “CT”) scanning and culturing, do not provide quick or real time results. Jing Wang and colleagues wanted to develop a faster, potentially more accurate COVID-19 test for detecting the SARS-CoV-2 virus that could be a practical alternative to PCR.

The researchers based their test on a technique called localized surface plasmon resonance, which can detect interactions between molecules on the surface of a constructed metallic nanostructure as a local change in refractive index. 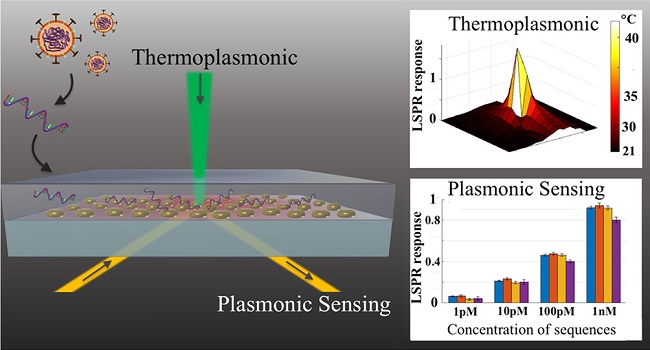 The team made DNA probes that recognized specific SARS-CoV-2 RNA sequences and attached them to gold nanoparticles. When they added pieces of the virus’s genome, the RNA attached to the complementary probes like a zipper being closed.

The team used a laser to heat up the nanoparticles, making it more difficult for imperfectly matched sequences to remain attached, reducing false-positives. For example, a nucleic acid “zipper” missing a couple of teeth — indicating a partial mismatch — would unzip under these conditions.

In this way, the researchers could discriminate between SARS-CoV-2 and its close relative, SARS-CoV-1. The assay detected amounts of viral RNA below those present in respiratory swabs in a matter of minutes. Although the test still needs to be tested on intact viral RNA from patient samples, it could help relieve the current pressure on PCR-based tests, the researchers say.