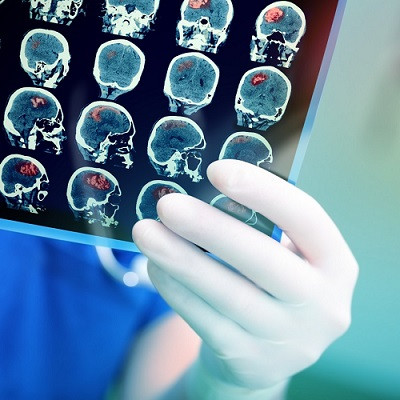 LMU researchers have synthesized nanoparticles that can be induced by a change in pH to release a deadly dose of ionized iron within cells. This mechanism could potentially open up new approaches to the targeted elimination of malignant tumors.

Ions play crucial roles in all aspects of cell biology. They trigger signaling cascades, regulate enzyme activities and control the pH of the intra- and extracellular media. The concentrations of free ions are therefore tightly regulated, and sudden changes in their intracellular levels can induce programmed cell death. However, this very fact has made it difficult to elucidate the complex mechanisms that control ion concentrations in cells. Because cells act rapidly to block the import of excess ions, they effectively resist attempts to manipulate intracellular ion levels.

A research team led by Hanna Engelke and Evelyn Ploetz (Faculty of Chemistry and Pharmacy, LMU) has now synthesized nanoparticles that make it possible – for the first time – to rapidly trigger the large-scale release of ionic iron within cells in a controlled manner. This in turn precipitates a form of inflammatory cell death known as pyroptosis, a type of reaction that is specific to cells of the innate immune system.

According to the new study, which appears in the journal Advanced Materials, the ability to induce pyroptosis on demand could in principle be utilized to eliminate malignant cells, and to trigger an immune reaction that is specifically directed against cancers.

The rapid-release effect is a direct result of the structural properties of the nanoparticles, which belong to a class of substances known as metal-organic frameworks (MOFs). The interstices formed by these frameworks provide identical binding sites to which other substances – in this case, iron-oxygen complexes – can be specifically attached. “Structurally, these binding sites are tiny hexagons that are connected to each other by organic linker molecules,” Ploetz explains. “MOFs can be thought of as scaffolds, and the pores within each nanoparticle are large enough to allow reaction partners to diffuse into them.” In addition the nanoparticles are coated with lipids, which enables them to be taken up by cells.

Once inside the cell, the nanoparticles are transported into organelles called lysosomes, where they are degraded. “We were able to demonstrate that the rate of degradation depends on the pH of the extracellular medium. If the pH value is relatively low, as it is in an acidic milieu, degradation occurs rapidly, which results in a sudden and massive release of iron ions,” Ploetz says. She and her colleagues suspect that this effect is attributable to the fact that, under mildly acidic conditions, the reduced form of the amino acid cysteine – which promotes the dissolution of the nanoparticles – is present in excess.

“We were particularly surprised to find that the release of iron from the nanoparticles did not induce ferroptosis, as one might expect in the presence of excess iron. Instead, they trigger a reaction known as pyroptosis,” says Ploetz. Induction of pyroptosis in cells of the innate immune system results in a strong inflammatory reaction, which kills the cell concerned, but may serve as a signal that activates anti-tumor immunity.

The authors point out that these nanoparticles have great potential as therapeutic agents, particularly in the treatment of malignant tumors. “The extracellular medium within tumors is more acidic than that associated with normal cells. In principle, this pH difference could be exploited for the targeted release of the iron within the tumor environment. That would enable the nanoparticles to attack the primary tumor directly, while inducing pyroptosis to activate the immune system,” says Ploetz. “But because their properties can be readily controlled by altering the pH, they are also ideally suited for application in other contexts.