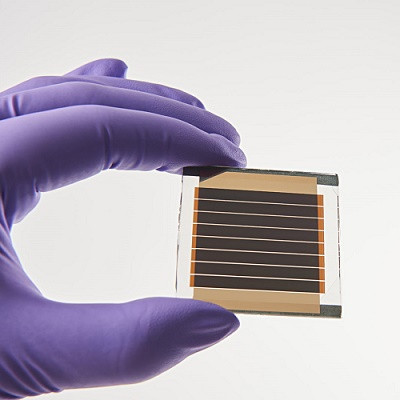 Two different studies published last month show new advances in the use of plasmonic enhancement to improve the performance and stability of perovskite solar cells.

In recent years, plasmonic enhancement has been used in a wide variety of research aimed at improving the efficiency and thermal stability of perovskite solar cells. The technique consists of enhancing the cells’ electromagnetic field through metal nanostructures, which in turn improves the devices’ low optical absorption in the visible spectrum.

Last week, two new studies on this topic were published, demonstrating that interest in the metal plasmonic effect has not weakened in recent times.

In research conducted by Germany’s Technical University of Darmstadt, in collaboration wih Singapore’s Agency for Science, Technology and Research (A*STAR), the recent advances of this technology have been analyzed.

The group explained that surface plasmons are particularly interesting for perovskite cells, as their properties can be fine‐tuned by controlling the shape, size, and dielectric environment of the metal nanostructures. As a result, perovskite cells integrating plasmonic structures may have thinner absorber layers that do not compromise optical thickness, and can be designed as semi-transpaerent devices.

The scientists described the typical plasmonic perovskite cell as a device made of a compact 20–50 nm titanium oxide (TiO2) blocking layer, that is embedded between a 100–400 nm layer of an electron transportation material such as mesoporous TiO2 and a transparent conductive oxide substrate, which is in turn followed by a hole transport material sandwiched between the perovskite absorber and the back contact electrode.

The scientists also described how hot‐electron injection, light trapping, and modulation of the energy flow direction in dipole–dipole coupling by the plasmonic are also being used in perovskite cell applications. Their findings were presented in the paper Recent Advances in Plasmonic Perovskite Solar Cells, published in Advanced Science.

In another study published this week in the journal Nature, Bimetallic Implanted Plasmonic Photoanodes for TiO2 Sensitized Third Generation Solar Cells, scientists from India’s Guru Nanak Dev University sought to improve the light-harvesting ability of the TiO2 sensitizer used in this type of cell, while at the same time preventing recombination effects.

Gold and silver nanoparticles were embedded in TiO2 with an ion implantation technique. According to the researchers, the efficiency of the cells relying on the nanoparticles and their plasmon-induced optical and electrical effects showed an efficiency that was 89% higher (relatively) than that of unimplanted cells.

This higher efficiency is determined by the enhanced light-harvesting ability of TiO2, which can produce enormous amount of photo-excited electrons, and from the plasmonic electrical effects induced by silver and gold nanoparticles embedded in the TiO2 photoanodes, the researchers explained.