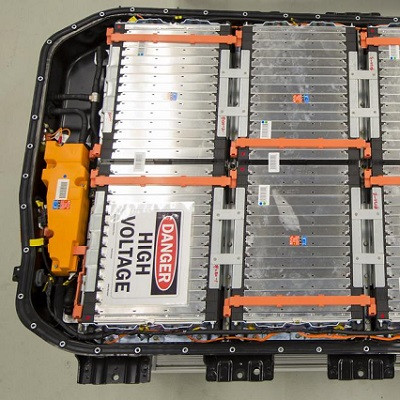 Researchers have presented a novel electrode material for advanced energy storage device that is directly charged with oxygen from the air.

Professor Jeung Ku Kang’s team synthesized and preserved the sub-nanometric particles of atomic cluster sizes at high mass loadings within metal-organic frameworks (MOF) by controlling the behavior of reactants at the molecular level. This new strategy ensures high performance for lithium-oxygen batteries, acclaimed as a next-generation energy storage technology and widely used in electric vehicles. They have demonstrated ten-fold improvements in the life cycle. The research article was published in Advanced Science.

Lithium-oxygen batteries in principle can generate ten times higher energy densities than conventional lithium-ion batteries, but they suffer from very poor cyclability. One of the methods to improve cycle stability is to reduce the overpotential of electrocatalysts in cathode electrodes. When the size of an electrocatalyst material is reduced to the atomic level, the increased surface energy leads to increased activity while significantly accelerating the material’s agglomeration.

The di-nuclear cobalt hydroxide that is stabilized in the sub-nanometric pores of metal-organic frameworks (MOFs) reduced the overpotential by 63.9% and showed ten-fold improvements in the life cycle.

Professor Kang said, “Simultaneously generating and stabilizing atomic-level electrocatalysts within MOFs can diversify materials according to numerous combinations of metal and organic linkers. It can expand not only the development of electrocatalysts, but also various research fields such as photocatalysts, medicine, the environment, and petrochemicals.”

Read the original article on NextBigFuture.