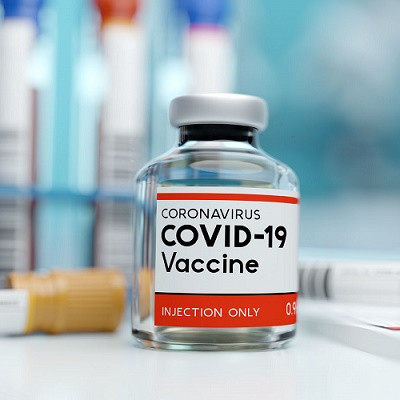 After a considerable amount of laboratory experiments using mice for developing a coronavirus vaccine, Army scientists have now considered taking the next step by doing trials on humans. They believe that by initiating these trials, a succession of possible doors to longer-term relief from the pandemic could soon open.

The U.S. Army Laboratory, Walter Reed Army Institute of Research (WRAIR), an element of Army Futures Command, announced that a vaccine they had been working on had been selected to undergo human trials.

According to WRAIR, the candidates were slashed down from more than two dozen prototypes to decide on the candidate that gave off the most favorable antibody response in the preclinical analysis.

Furthermore, they said that Spike Ferritin Nanoparticle (SpFN), the leading candidate, will go into human testing later this year. Human trials are set to begin this month now that a vaccine model has been deemed safe for human experimentation.

Brig. Gen. Michael Talley, the commanding general of the United States Army Medical Research and Development Command (USAMRDC) and Fort Detrick said in a press release that they are moving at remarkable speeds in efforts to prevent, detect, and treat COVID-19. Furthermore, with the recent selection of their vaccine candidate, they believe that they are a step closer to their goal.

According to Terry Welch, the Strategic Communications Director at the Walter Reed Institute of Research, once the immune system comes in contact with a disease and overcomes it, antibodies are created. He adds that the testing on mice was done to make sure that the animals were producing antibodies.

Moreover, while safety and efficiency are the distinguishing prerequisites for the use of new vaccine prototypes in humans, Welch says that there are some instances where initial FDA approval could be expedited in emergency times.

Dr. Kayvon Modjarrad, the Director of the Emerging Infectious Diseases Branch of WRAIR, said that as soon as the coronavirus sequence was released in January, WRAIR started planning a vaccine strategy.

Why Does Coming up With a Vaccine Take Time?

Technically, while a vaccine candidate could show promising results in its clinical trials, it doesn't necessarily mean it gets a free pass in the approval for public use. Scientists say that the adaptive immune system has a lot to do with it.

According to an essay called the Fundamentals of Vaccine Immunology published in 2011 in the Journal of Infectious Global Diseases, establishing antibody defense against specific pathogens can be an intricate and demanding medical process.

Contrary to the body's more common resistance, called the "innate immune system," an adaptive immune response is distinct to the specific pathogenic agent. Thus, an innate system consists of measures described as a "first-line defense" like intact skin and mucous membranes. These protective barriers prevent the entry of many microorganisms, the essay explains.

Experts believe that these biological developments described in the essay explain why the debates are going on about antibodies specific to the coronavirus. After all, a vaccine allows the body to become exposed to low levels of a pathogen. In turn, it helps the body develop the antibodies needed to eradicate it and develop COVID-19 immunity, as mentioned by Welch.