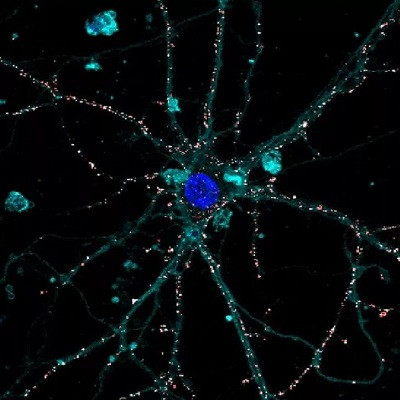 Liquid, biocompatible, high-resolution, and micro-injectable, the new retinal prosthesis is an aqueous suspension of photoactive polymeric nanoparticles that functionally replace the photoreceptors of the retina damaged by diseases such as retinitis pigmentosa and age-related macular degeneration.

Researchers at IIT-Istituto Italiano di Tecnologia (Italian Institute of Technology) has led to the revolutionary development of an artificial liquid retinal prosthesis to counteract the effects of diseases such as retinitis pigmentosa and age-related macular degeneration that cause the progressive degeneration of photoreceptors of the retina, resulting in blindness. The study has been published in Nature Nanotechnology.

The multidisciplinary team is composed by researchers from the IIT’s Center for Synaptic Neuroscience and Technology in Genoa coordinated by research Director Fabio Benfenati and a team from the IIT’s Center for Nano Science and Technology in Milan coordinated by research Director Guglielmo Lanzani, and it also involves the IRCCS Ospedale Sacrocuore Don Calabria in Negrar (Verona) with the team lead by Director Grazia Pertile, the IRCCS Ospedale Policlinico San Martino in Genoa and the CNR in Bologna.

The research has been supported by Fondazione 13 Marzo Onlus, Fondazione Ra.Mo., Rare Partners srl and Fondazione Cariplo, and by the European projects ENTRAIN VISION and EuroNanoMed.

The study represents the state of the art in retinal prosthetics and is an evolution of the planar artificial retinal model developed by the same team in 2017 and based on organic semiconductor materials (Nature Materials 2017, 16: 681-689).

The “second generation” artificial retina is biomimetic, offers high spatial resolution and consists of an aqueous component in which photoactive polymeric nanoparticles (whose size is of 350 nanometres, thus about 1/100 of the diameter of a hair) are suspended, going to replace the damaged photoreceptors.

The experimental results show that the natural light stimulation of nanoparticles, in fact, causes the activation of retinal neurons spared from degeneration, thus mimicking the functioning of photoreceptors in healthy subjects.

Compared to other existing approaches, the new liquid nature of the prosthesis ensures fast and less traumatic surgery that consist of microinjections of nanoparticles directly under the retina, where they remain trapped and replace the degenerated photoreceptors; this method also ensures an increased effectiveness.

The data collected show also that the innovative experimental technique represents a valid alternative to the methods used to date to restore the photoreceptive capacity of retinal neurons while preserving their spatial resolution, laying a solid foundation for future clinical trials in humans. Moreover, the development of these photosensitive nanomaterials opens the way to new future applications in neuroscience and medicine.

“Our experimental results highlight the potential relevance of nanomaterials in the development of second-generation retinal prostheses to treat degenerative retinal blindness, and represents a major step forward. – Fabio Benfenati commented – The creation of a liquid artificial retinal implant has great potential to ensure a wide-field vision and high-resolution vision. Enclosing the photoactive polymers in particles that are smaller than the photoreceptors, increases the active surface of interaction with the retinal neurons, allows to easily cover the entire retinal surface and to scale the photoactivation at the level of a single photoreceptor.”

“In this research we have applied nanotechnology to medicine” concludes Guglielmo Lanzani. “In particular in our labs we have realized polymer nanoparticles that behave like tiny photovoltaic cells, based on carbon and hydrogen, fundamental components of the biochemistry of life. Once injected into the retina, these nanoparticles form small aggregates the size of which is comparable to that of neurons, that effectively behave like photoreceptors.”

“The surgical procedure for the subretinal injection of photoactive nanoparticles is minimally invasive and potentially replicable over time, unlike planar retinal prostheses” adds Grazia Pertile, Director at Operating Unit of Ophthalmology at IRCCS Ospedale Sacro Cuore Don Calabria, “at the same time maintaining the advantages of polymeric prosthesis, which is naturally sensitive to the light entering the eye and does not require glasses, cameras or external energy sources.”

The research study is based on preclinical models and further experimentations will be fundamental to make the technique a clinical treatment for diseases such as retinitis pigmentosa and age-related macular degeneration.

Read the original article on Italian Institute of Technology (IIT).