Will Novavax’s COVID-19 Vaccine Candidate Be Produced in Late 2020? 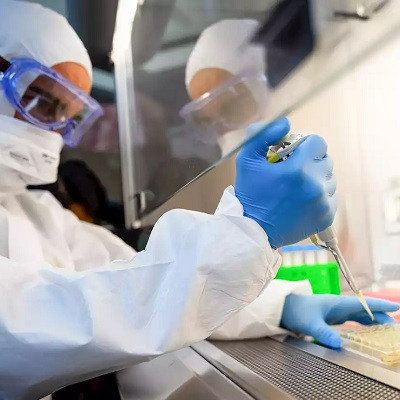 Maryland-based biotech Novavax announced it would receive $1.6bn in funding as part of the US government’s Covid-19 vaccine initiative “Operation Warp Speed” (OWS). The funding includes support for a Phase III clinical trial, for establishing large-scale manufacturing, and to deliver 100 million vaccine doses as early as late 2020.

Novavax’s Covid-19 vaccine candidate, NVX-CoV2373, a recombinant nanoparticle with adjuvant, is currently in Phase I / II clinical trials in Australia with support from the Coalition for Epidemic Preparedness Innovations (CEPI).

This is the largest amount of funding from the US Government announced to date after AstraZeneca received up to $1.2bn for the support of the Oxford University vaccine AZD1222 in mid-May. The goal to deliver 100 million vaccine doses as early as late 2020 seems very ambitious, given that NVX-CoV2373 is currently in Phase I / II clinical trials and Novavax has no experience in large-scale manufacturing and distribution of vaccines.

With promising technology but no marketed products, Novavax will have to ramp up manufacturing capacities quickly and expand collaborations with contract manufacturers in order to fulfil the goal. The need for manufacturing capacity for the adjuvant poses an additional hurdle. Novavax recently bought a vaccine manufacturing plant in the Czech Republic, but OWS funding is likely to require the company to deliver vaccines first for use in the US.

According to Novavax, the company is talking to contract manufacturers in the US for the production of both the nanoparticle and adjuvant component of its vaccine. Given the pandemic situation and the government’s ambition to move production to the US, many companies are competing for manufacturing resources, but likely not all vaccine candidates will be successful in clinical studies.

The US Department of Health and Human Services (HHS) recently signed a deal with Emergent BioSolutions for the manufacturing and fill-finish of vaccine candidates that receive OWS support, providing an additional resource for Novavax to reach the delivery goal.

Novavax’s NVX-CoV2373 is based on the company’s quadrivalent seasonal influenza vaccine candidate NanoFlu, which uses a recombinant nanoparticle with a plant-based adjuvant and targets the elderly population 65 years of age and older. NanoFlu delivered promising results in a Phase III study, showing better antibody responses than conventional quadrivalent influenza vaccines without adjuvant.

The US Government’s effort to bring 300 million Covid-19 doses to the US by early 2021, Operation Warp Speed, is a joint effort of the HHS agencies the CDC, the FDA, and the Biomedical Advanced Research and Development Authority (BARDA), with the Department of Defense. In early June, five finalists for funding were chosen: AstraZeneca, Johnson & Johnson, Merck, Moderna, and Pfizer. Other recent announcements from vaccine developers, such as Vaxart and Inovio, have been made by the companies rather by than the HHS itself.