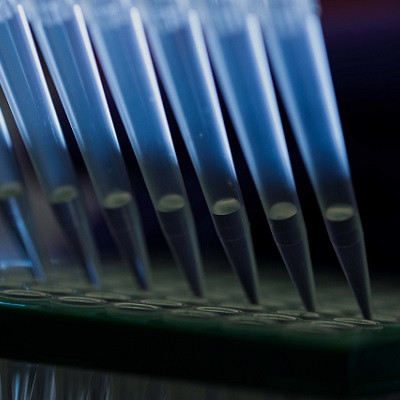 Moderna's mRNA vaccine against SARS-CoV-2 produced an immune response in healthy adult volunteers and was mostly well-tolerated, interim findings from a phase I dose-escalation trial found.

Participants receiving the highest dose of three doses in the vaccine trial had higher antibody responses, and systemic adverse events were more common among the highest dose group, reported Lisa Jackson, MD, of Kaiser Permanente in Seattle, and colleagues, writing in the New England Journal of Medicine.

The candidate vaccine, mRNA-1273, is described as a lipid nanoparticle-encapsulated nucleoside-modified mRNA-based vaccine. The mRNA "encodes the stabilized prefusion" of SARS-CoV-2 spike glycoprotein, which "mediates host cell attachment and is required for viral entry." This glycoprotein is believed to be the antigen target for neutralizing antibodies that infected individuals generate. When injected, the mRNA is translated and the viral protein expressed by the recipient's own cells, in what is expected to be a more effective way to provoke immune responses than simply injecting a synthetic version of the spike protein.

But this approach remains breathtakingly experimental -- no mRNA vaccines have been licensed in other infectious diseases anywhere in the world.

Nevertheless, and despite having just completed enrollment in a phase II trial, Moderna posted a plan for a phase III trial of mRNA-1273. It's scheduled to enroll 30,000 participants with a July 27 start date.

Data in the current report covered the first 2 months after dosing, and hence shed no light on two key questions: how long antibodies against SARS-CoV-2 persist in circulation and how long they retain the ability to neutralize the virus.

Mean participant age was around 33, half were men, and nearly all were white. They were not screened for SARS-CoV-2 infection either by serology or PCR testing prior to enrollment.

All patients had seroconverted by day 15, with dose-dependent responses to the first and second vaccinations. After the first vaccination, SARS-CoV-2 neutralization responses were detected in less than half the participants, with a dose effect, but after the second vaccination, responses were detected in serum samples from all participants. The authors noted values were "generally similar to those in the upper half of the distribution of a panel of control convalescent serum specimens."

Titers of spike-protein antibodies reached 299,751 after the second dose in the 25-μg group; 782,719 with two 100-μg doses; and 1,192,154 after two doses of 250 μg. In vitro assays showed that participants' antibodies neutralized the virus as potently as convalescent plasma taken from recovering COVID-19 patients. Vaccination also prompted antiviral-like T cell responses.

An accompanying editorial by Penny Heaton, MD, of the Bill and Melinda Gates Medical Research Institute in Cambridge, Massachusetts, called the results "promising," but noted the higher rates of systemic adverse events in the highest dose group, while antibody titers did not appear to be "markedly higher" than the 100-μg group.

"It is prudent to evaluate doses of 100 μg and lower to define the regimen that provides the most appropriate benefit-risk profile for this vaccine," she wrote. Indeed, Jackson and colleagues also said the 100-μg dose appeared the most promising, and Moderna picked it as the only dose to be tested in the phase III trial.

Heaton also noted, however, that older adults may need a "high-dose Covid-19 vaccine," due to their declining immune responses, such as the case with influenza vaccines.

She also said the "clinical significance of SARS-CoV-2 binding and neutralizing antibody titers and their ability to predict efficacy will need to be confirmed," adding they are the best tools available and are supported by pre-clinical findings, but "confirmation of the correlation of antibody titers and protection against Covid-19 will be possible only in a large clinical efficacy study."