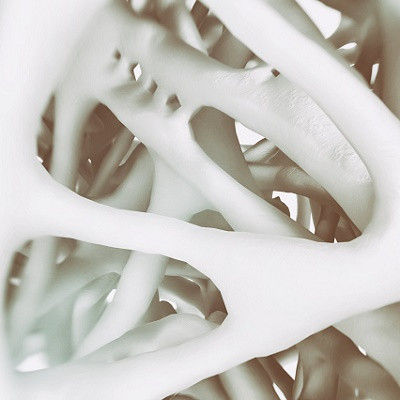 Dubbed the "invisibility cloak", engineers at the University of Sydney have developed a hydrogel that allows implants and transplants to better and more safely interact with the surrounding tissue.

Published in Advanced Functional Materials, a University of Sydney team of biomedical engineers has developed a plasma technology to robustly attach hydrogels ­­– a jelly-like substance which is structurally similar to soft tissue in the human body – to polymeric materials, allowing manufactured devices to better interact with surrounding tissue.

To function optimally in the body, a manufactured implant – whether it be an artificial hip, a fabricated spinal disc or engineered tissue – must bond and interact with appropriate surrounding tissues and living cells.

When that doesn’t happen an implant may fail or, worse still, be rejected by the body. Worldwide, implant failures and rejections are a significant cost to health systems, placing large financial and health burdens on patients.

The team, which was led by School of Biomedical Engineering researchers Professor Marcela Bilek and Dr Behnam Akhavan successfully combined hydrogels including those made from silk with Teflon and polystyrene polymers.

“Despite being similar to the natural tissue of the body; in medical science hydrogels are notoriously difficult to work with as they are inherently weak and structurally unstable,” said Dr Akhavan.

"They do not easily attach to solids which means they often cannot be used in mechanically demanding applications such as in cartilage and bone tissue engineering."

"Hydrogels are highly attractive for tissue engineering because of their functional and structural similarity to human body soft tissue,” said Ms Walia.

She carried out the research in collaboration with researchers from the University of Sydney’s School of Physics and School of Chemical and Biomolecular Engineering, as well as Tufts University in Massachusetts, USA.

“These advances enable the creation of mechanically robust complex-shaped polymeric scaffolds infused with hydrogel, bringing us a step closer to mimicking the characteristics of natural tissues within the body.

“The plasma process is carried out in a single step, generates zero waste, and does not require additional chemicals that can be harmful to the environment.”

Biomedical devices, organ implants, biosensors and tissue engineering scaffolds that are set to benefit from the new hydrogel technology.

“There are several scenarios in which this technology can be used. The gel could be loaded with a drug to release slowly over time, or it can be used to mimic structures such as bone-cartilage," said Dr Akhavan.

“These materials are also excellent candidates for applications such as lab-on-a-chip platforms, bioreactors that mimic organs, and biomimetic constructs for tissue repair as well as antifouling coatings for surfaces submerged in marine environments.”

The research tested the material using biomolecules found in the body, which demonstrated a positive cellular response. Dr Akhavan and the team will be progressing their area of research and will further develop the technology to combine hydrogels with non-polymeric solid materials, such as ceramics and metals.