Trapping and Controlling Light at The Interface of Atomically Thin Nanomaterials 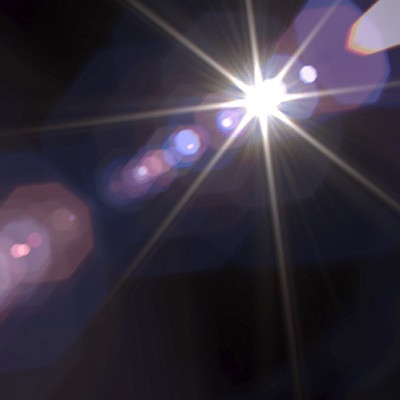 Scientists at Cornell University propose a new method to confine light in an atomically thin graphene layer by leveraging topological phenomena that occur at the interface of specially designed nanomaterials. Their method brings together two rapidly advancing fields in applied and fundamental physics: graphene nanolight and topological photonics.

Light can partake in peculiar phenomena at the nanoscale. Exploring these phenomena can unlock sophisticated applications and provide useful insights into the interactions between light waves and other materials.

In a recent study, scientists at Cornell University propose a novel method by which nanoscale light can be manipulated and transported. These special modes of light transport are known to arise at finely tuned interfaces between slightly different nanomaterials. Minwoo Jung, lead researcher on this study, illustrates this concept through a simple analogy: "A floating tube has a hole in the middle, but a normal balloon doesn't. No matter how you squeeze the round balloon, it cannot be reshaped like a donut-at least not without popping the balloon, re-knitting the rubber, and re-injecting the air. Thus, a tube and a balloon are distinct in their topology because they are not connected through a smooth deformation."

Jung further explains that physicists have been interested in gluing two topologically distinct materials side by side so that one of them acts like a balloon and the other like a tube. This means that, at their interface, a process that connects these two materials must occur, much like the poking/popping/re-knitting/re-injecting from a balloon to a tube. Under the right conditions, this process can give rise to a strong channel for transmitting energy or information along the interface. Because this process can be applied to light (which acts as a carrier of energy or information), this branch of physics is called topological photonics.

Jung and his team combined the fascinating concept of topological photonics with an innovative technique that traps light in an atomically thin material. This method brought together two rapidly emerging fields in applied and fundamental physics: graphene nanolight and topological photonics. Jung says, "Graphene is a promising platform for storing and controlling nanoscale light and could be key in the development of on-chip and ultracompact nanophotonic devices, such as waveguides and cavities."

The research team ran simulations involving a graphene sheet layered on a nanopatterned material that functions as a metagate. This honeycomb-like metagate consists of a solid layer of material with holes of different sizes, centered at the vertices of the hexagons. The varying radii of these holes affect the way in which the photons pass through the material. The scientists found that strategically "gluing" together two different metagates creates a topological effect that confines photons at their interface in a predictable, controllable manner.

Different choices of metagate designs demonstrate the dimensional hierarchy of the device's topology. Specifically, depending on the metagate geometry, nanolight can be made to flow along one-dimensional edges of the topological interface or can be topologically stored at zero-dimensional (point-like) vertices. Moreover, the metagate allows for on-and-off electric switching of these waveguides or cavities. Such battery-operated topological effects can benefit the technological adoption of topological photonics in practical devices.

Jung's team is optimistic that the synergistic combination of graphene nanolight and topological photonics will spur advances in relevant research areas, like optics, material sciences, and solid-state physics. Their graphene-based material system is simple, efficient, and suitable for nanophotonic applications: a step forward in harnessing the full potential of light.

Read the original article on International Society for Optics and Photonics (SPIE).