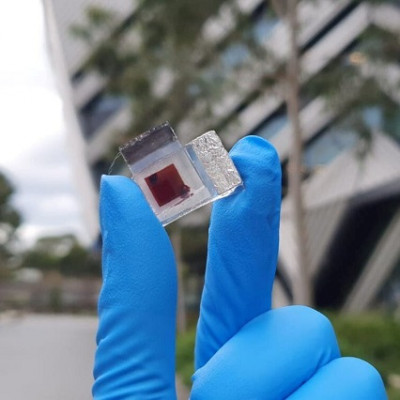 Dye-sensitized solar cells used in low-light conditions could perform more consistently thanks to improved understanding of the role additives play in optimizing electrolytes. Now, researchers have demonstrated the crucial importance of the tBP and NMBI as optimal additives for maximizing the performance of the copper redox mediators.

Laptops and mobile phones, among other devices, could be charged or powered indoors, away from direct sunlight, using dye-sensitised solar cells (DSCs), which have achieved efficiencies of up to 34% at 1000 lux from a fluorescent lamp.

Copper-based electrolytes containing various combinations of additives have been used to achieve these efficiencies, with varying results to date.

Interaction of these additives with the copper species in the electrolyte has been a concern over the last few years, and progress has been undermined by a lack of understanding about the true effect of the different additives.

Now, research funded by the Australian Centre for Advanced Photovoltaics (ACAP) and supported by the ARC Centre of Excellence in Exciton Science, has demonstrated the crucial importance of the molecules 4-tert-butylpyridine (tBP) and 1-methyl-benzimidazole (NMBI) as optimal additives for maximising the performance of the copper redox mediators. The results have been published in the journal Advanced Energy Materials.

Joint first author Dr Sebastian Fürer of Monash University and Exciton Science said: “Researchers were previously a bit worried because tBP can interact with copper complexes and everyone said, ‘let’s try to avoid it’. People thought this is detrimental to the solar cell performance but we had a closer look at this.

“We actually found that it’s really important to keep it in because it reduces one of the main loss mechanisms.

“That’s a really exciting find. So, from here onwards, people need to think of that interaction in order to have high efficiencies for these devices.”

According to Sebastian, employing the correct additive in new copper redox mediators is now likely to become standard in future efforts to improve DSC performance.

“You can’t leave it out, because the solar cell goes from 9% efficiency to less than 1%. It’s really a huge difference,” he said.

“Instead of trying to avoid that interaction, for the future, researchers will need to make sure this interaction happens but only in a beneficial way. We’ve looked at all the different parts and solved a big question. The results are very conclusive.”

Senior author Professor Udo Bach of Monash University believes the findings will enable researchers to successfully design and create a more efficient next generation of materials.

“Printable low-cost dye-sensitized solar cells have seen a considerable efficiency boost over the past years,” he said.

“This increase has been mainly fuelled by the incorporation of new copper-based compounds that help with the separation of the photo-generated charges.

“In our paper we reveal previously unknown details about the interplay of these compounds with other additives in the cell which are the key to their outstanding performance.

“Equipped with this new knowledge, we can now design the next generation of copper-based charge transport materials which should be even more efficient.”