Nanoscience Is Not Just a Fad 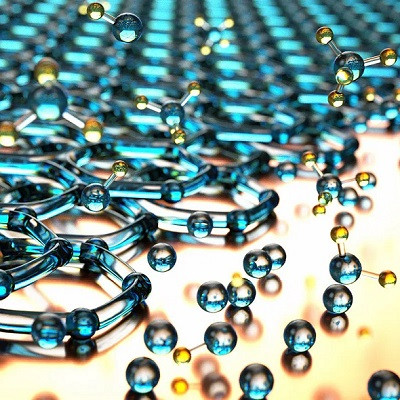 In Nanoscale, Pankaj Sekhsaria explores the transformative powers of nanoscience in Indian society.

Elon Musk may have called it total ‘BS’ (if you’re not a millennial you’re best advised to look it up on the Urban Dictionary), but nanotechnology continues to change human life for the better as the myriad examples listed in Pankaj Sekhsaria’s interesting work Nanoscale: Society’s Deep Impact on Science Technology and Innovation in India will testify. Sekhsaria is an Associate Professor with the Centre for Technology Alternatives for Rural Areas (C-TARA), IIT-Bombay. As part of his doctoral thesis, he has studied how nanoscience influences science in general, technology and innovation in India.

When Musk ridiculed nanoscience as a dud, prompting his fans to call it a fad of small things, several prominent scientists protested and wrote extensively about the potential of this branch of modern sciences and how it has been changing life and work for humans, narrating stories of how nanoparticles are improving a long line of products, from sunscreens and adhesives to computers and clothing. Sekhsaria’s book compiles a few interesting stories from India where nanoscience is set to play a pivotal role in the development of the society at large.

This small book (165 pages) has five long chapters and a short prologue. Sekhsaria mainly tells four stories from inside laboratories where critical experiments are on in the field of nanotech. In the first chapter — Setting the Stage — which one can read as a prologue, the author says that the stories he narrates are a response to four broad but well-acknowledged markers of contemporary Indian society.

For instance, the first story of a university developing cutting-edge microscopes in spite of severe resource constraints is about economic and material constraints in nanotech, while the second case study on modern nanotechnology’s “conversation with ancient Ayurveda” tries to probe traditional practices and knowledge systems. The third story looks at drinking water as a fundamental exigency, through the example of how a team of scientists uses nanosilver to innovate the traditional ceramic candle water filter and provide clean water that is affordable to even the poorest in society.

The fourth story is of a team of scientists becoming social activists as they seek a nanotechnology-based treatment protocol for retinoblastoma, a form of eye cancer, is an example of the critical social ‘marker’ — the disadvantaged girl child. A girl loses her eye in the course of surgery while her life is saved. Yet, parents fear the social consequences of the surgery and are reluctant to proceed.

Sekhsaria blends journalism with academic rigour to tell these stories and tries his best to make the narrative engaging and entertaining. All four case studies are personal and political. All the characters — be it CV Dharmadhikari of the University of Pune, who made a scanning tunnelling microscope using nanoparticles, or the scientists at Hyderabad’s International Advanced Research Centre for Powder Metallurgy and New Materials (ARCI), who made quality drinking water available using nanosilver-coated candles — are well fleshed out and their struggles seeking market acceptance despite heavy odds are well documented. An ardent technologist and social innovator needs the marketing wherewithal to commercialise his project.

The book documents a sad failure in this area. In the final case study, ‘Nanotechnology for the Treatment of Retinoblastoma’, Sekhsaria looks at how and why scientists are forced to become activists. Nanotech helps in “targeted drug delivery” which can help enhance cure. But the disease faces serious institutional neglect. Some scientists call it an orphan cancer as it is neglected equally by the “public health system, the international community and the corporate world.” Sekhsaria tells the story of how nanotech is helping retinoblastoma treatment.

So, to turn policy and public attention towards the disease — which sees only 1,600 new cases a year and is expensive to treat — one must walk the extra mile and become a campaigner of sorts.

That said, the third chapter where Sekhsaria discusses nanoscience’s links with Ayurveda isn’t convincing enough and can confuse a lay reader considering the way Sekhsaria, no doubt inadvertently, tries to legitimise unverified facts about traditional medicines. The author starts the chapter with a Haiku depicting the complexity of the issue at hand: “On one side is Ayurveda / On the other side is science, / Very difficult it is / To bridge the dividing lines.”

Unfortunately, Sekhsaria struggles to create a coherent and focussed narrative connecting Ayurveda and modern science, which is a hotly debated subject in the country. The author’s lack of focus is evident when he discusses the efforts to evaluate the traditionally prepared swarn bhasma by modern scientific tools and parameters, calling it “clearly an effort to measure Ayurveda against the principles of modern ‘scientific’ criteria”. The reader gets confused by the message conveyed here: Is nanotech being used to piggyback Ayurveda into the realm of modern science? Unlikely. But the chapter, however well-intended and sprinkled with quotes from research journals and studies on the hypothetical links between science and shastra, turns out to be a lukewarm affair.

Another, perhaps unintentional, irritant is the first-person narrative. Throughout the book, Sekhsaria draws undue attention towards himself. The ‘I’s and ‘Me’s are quite a spoilsport, especially when the stories discussed are of people who are the ones you’re interested in. If the author were able to tame his enthusiasm towards telling such ‘awe’spiring stories and kept a nonchalant and neutral tone, Nanoscale would have become quite an exciting read. For now, it reads like a well-collated collection of case studies that could have been edited better.

Still, this is a neat handbook on those who want to know about the slow-paced but crucial evolution of nanoscience in India. It doesn’t give you the global scenario, where irrespective of the utterances from the likes of Elon Musk, the sector is witnessing phenomenal growth. Sekhsaria might be prompted to add a few global examples relevant to the Indian context in an updated edition.

Read the original article on The Hindu Business Line.