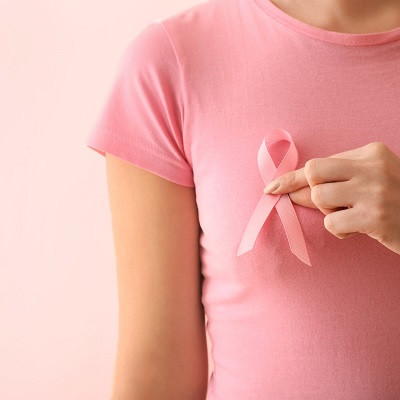 A team of scientists led by aresearcher at the Case Western Reserve University School of Medicine is making strides to fight deadly metastatic breast cancer by combining nanotechnology with immunotherapy.

Efstathios “Stathis” Karathanasis, an associate professor of biomedical engineering, is directing the novel technique—sending nanoparticles into the body to wake up “cold” tumors so they can be located and neutralized by immune cells. The team also includes researchers from Cleveland Clinic and Duke University.

Nanotechnology manipulates matter at the nanoscale—microscopically at dimensions measured by nanometers or one-billionth of a meter—to create structures, devices and systems for medical and other uses.

Immunotherapy uses drugs to help a patient’s immune system fight cancer, as opposed to chemotherapy, which uses drugs to directly kill cancer cells, according to the National Cancer Institute (NCI).

The NCI recently awarded a five-year, $3 million grant to Karathanasis and his team to continue their research, initially on animal models with an eye toward human trials. Much of the groundwork behind the project is described in a paper published in Cancer Research, the official journal of the American Association for Cancer Research.

“We believe our work shows that this combination of nanotechnology with cancer immunotherapy encompasses an inherent promise to treat the most hard-treat metastatic cancers,” Karathanasis said. “Our work has been to design a nanoparticle that triggers an activation of antigen-presenting cells in the tumor. Within a few weeks, the patient can have adapted T cells that recognize and fight the cancer.”

Breast cancer is the second-leading cause of death from cancer in women in the United States (behind skin cancer), killing more than 42,000 a year; metastatic breast cancer will cause the vast majority of those deaths. Also called Stage IV Cancer, it is breast cancer that has spread to another part of the body, most commonly the liver, brain, bones, or lungs.

That means one of the most difficult aspects of diagnosing and treating metastatic breast cancer is that the cells often cannot be found until it is too late for successful treatment.

“They are just sitting there, without dividing, or doing it so slowly that they cannot be detected or treated by any current therapy,” Karathanasis said.

And immunotherapy, while offering cancer patients new hope as the science continues to develop, is only successful about 20% of the time.

“When immunotherapy works, it’s highly effective by using our most potent weapon, our own immune system. But cancer cells hijack and recruit the local immune cells in tumors making them dysfunctional, unfortunately,” Karathanasis said. “If there are no danger signals from the body, the immune system doesn’t know there is an enemy.”

Karathanasis, an engineer by training who began to work on nanotechnology solutions to medical problems about two decades ago, has devised a way to get the tumor to notify the body’s innate immune system—and the other immunotherapeutic interventions—of its presence.

Initially, when a tumor appears in the body, our immune cells should recognize it and send out cells to try to “kill the enemy” and also “memorize” it, so they can come back and kill it again in the case of tumor recurrence, Karathanasis said.

But then, the tumor adapts and essentially goes undercover, repressing any immune cells, so that it cannot be found by the standard surveillance of the immune system.

Karathanasis and his team have engineered a nanoparticle to “trigger the antigen-presenting cells in the tumor to start generating fresh signals,” he said.