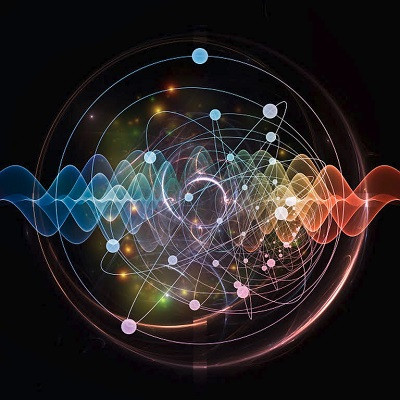 Ultrathin layers of tungsten diselenide have potential applications in opto-electronics and quantum technologies. LMU researchers have now explored how this material interacts with light in the presence of strong magnetic fields.

Owing to their astonishing and versatile properties, atomically thin monolayer and bilayer forms of semiconducting transition metal dichalcogenides have aroused great interest in recent years. Most attention has so far been paid to the optical properties of these materials, such as molybdenum sulfide (MoS) and tungsten diselenide (WSe2). These compounds show great promise as nanoscale elements for applications in opto-electronic and quantum technologies.

In a new study, LMU physicists led by Alexander Högele have now developed a theoretical model, which describes the effects of magnetic fields on the behavior of ‘excitons’ in two-dimensional ultrathin transition metal dichalcogenides. Excitons are strongly bound ‘quasiparticles’, composed of an electron in the conduction band and its positively charged counterpart in the valence band referred to as a ‘hole’.

In the presence of strong magnetic fields, the energy states of such quasiparticles (i.e. the frequencies at which they emit and absorb light) split up. This spectral splitting can be experimentally measured and – more importantly in the present context – it can also be theoretically predicted.

In the new study, the team cooled monolayer and bilayer samples of WSe2 to the temperature of liquid helium of a few degrees Kelvin. The researchers then used optical spectroscopy to measure the emission spectra as a fucntion of magnetic field up to 9 Tesla and determined the field-induced splitting. “Measurements like this are useful to study excitons, which in turn determine the light-matter interaction of semiconductors”, Högele explains.

It was already known that excitons can form in different configurations. In addition to bright excitons, which couple directly to light, the pairing of electrons and holes can produce ‘spin-dark’ and ‘momentum-dark’ excitons. Up to now, it has not been possible to conclusively assign the signatures observed in emission spectra to these different exciton species. In the presence of magnetic field, however, individual emission peaks exhibit characteristic spectral splittings.

“This splitting can be used to discriminate between the various types of excitons,” says Högele, “but only if we have the according theoretical model.” The LMU team developed theory to calculate from first principles the spectral splitting for the different types of excitons in monolayer and bilayer WSe2 subjected to magnetic field, and compared their theoretical predictions with the experimental data.

The results provide a better understanding of the opto-electronic properties of WSe2 and related transition-metal dichalcogenides where excitons represent the primary interface for light to interact with nanoscale matter. Ultrathin layers of WSe2 serve as a testbed for technological exploitations of light-matter coupling in opto-electronic devices including photodetectors and emitters or photovoltaic devices.

“These ultrathin materials are mechanically flexible and extremely compact“, says Högele. They are also potentially viable for quantum technologies as they host ‘valleys’ as quantum degrees of freedom that can serve as qubits, the basic units of information processing in quantum computers.