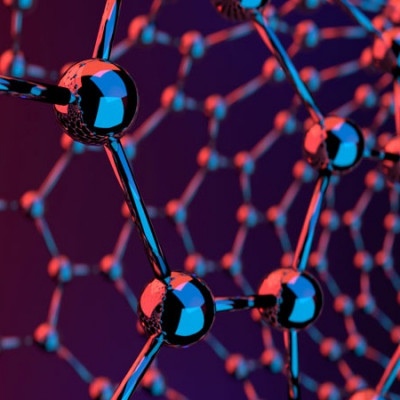 A clever approach has allowed researchers to image the nucleation and growth of iron, gold and rhenium particles in real time at the sub-nanometre level – the first time that this has ever been observed in such detail.

The strategy, which combines the use of single-walled carbon nanotubes (SWNTs) as test tubes, amorphous carbon as an ‘atomic injector’ and a transmission electron microscope as both the energy source and imaging tool, could provide important insights for materials scientists.

‘The initial steps of nucleation critically determine the structure and size distribution of crystals and thus the functional properties of all materials,’ says Ute Kaiser at Ulm University in Germany, who led the study with Andrei Khlobystov from Nottingham University, UK.

Although several techniques, including x‐ray diffraction, atomic force microscopy and optical microscopy, have been used to study metal nucleation, an atomically accurate description of the initial stages of this process was still missing.

Liquid-cell transmission electron microscopy (TEM) was recently used to image the nucleation and growth of gold nanocrystals with high resolution, but the material of the liquid-cell window and the difficulty of controlling the location and speed of the process limited the observations at the atomic scale. ‘None of these methods can monitor the nucleation process at the initial stage,’ points out Kaiser. ‘This is the first time that the nucleation of a metal, starting with only a few atoms, has been directly observed at the atomic scale in real time.’

With the new approach, the team was able to study crystal formation in three different systems: directly from an atomic iron seed, from a pre-existing amorphous gold nanocluster and by coalescence of two sub-nanometre rhenium clusters.

They found that in all cases the crystal nuclei were formed through a two-step mechanism. ‘It involves the initial formation of an amorphous “precursor” phase, which is then superseded by a more stable crystalline phase,’ explains Kaiser. For all the studied metals, the critical size of the precursor was below 2nm.

In their experiments, the scientists used SWNTs with a diameter of around 1.5nm to encapsulate the metal atoms and clusters and applied low-voltage aberration-corrected TEM to study the process. ‘The motions of atoms and clusters and the nucleation processes are stimulated and simultaneously imaged by the electron beam,’ Kaiser says. ‘We used amorphous carbon as an “atomic injector”,’ she adds. Kaiser explains that these mobile carbon clusters, which are liberated from ferrocene, act as vehicles that can carry new metal atoms to the nucleation site.

Shaul Aloni at the Lawrence Berkeley National Laboratory in the US, who was not involved in the study, notes that the formation of a stable crystal involves many steps. ‘The most difficult part of the process is to follow the formation of a few atom-sized clusters and the rearrangements within that cluster to form an ordered crystal,’ he says.

‘This is the first time that this process has been followed with subatomic resolution.’ Aloni adds that the main challenge consists of trapping the nucleation process and its product in a well-defined space. ‘The clusters need to be supported or embedded while enabling the motion of individual atoms within the clusters and towards them. The authors have achieved this by confining the nucleation process in carbon nanotubes, which act as the smallest test tubes.’

Kaiser adds that the SWNTs are only one atom thick and therefore an ideal choice for this kind of experiment. ‘By using them, we give the nucleation process a relatively simple and transparent environment for in situ TEM investigation, which helps us to achieve an unprecedented spatial resolution.’