Inexpensive, Non-Toxic Nanofluid Could Be a Game-Changer for Oil Recovery 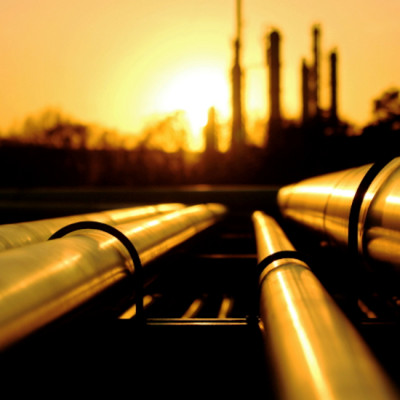 Researchers from the University of Houston have demonstrated that an inexpensive and non-toxic nanofluid can be used to efficiently recover even heavy oil with high viscosity from reservoirs.

The nanofluid, made in a common household blender using commercially available sodium, allowed for recovery in lab tests of 80% of extra-heavy oil with a viscosity of more than 400,000 centipoise at room temperature. Zhifeng Ren, director of the Texas Center for Superconductivity at UH and corresponding author for a paper describing the work, said recovery in the field is expected to be less than the 80% shown in the lab; how much less will depend on oilfield conditions.

The work, published in Materials Today Physics, suggests a breakthrough in the use of nanotechnology to provide cost-effective and environmentally sustainable ways to produce oil.

The researchers note that so-called heavy oil – the result of the molecular structure of the oil – makes up 70% of global oil reserves, suggesting it will be needed to meet increasing energy demands until clean energy sources are fully developed. Current extraction technologies that involve the use of steam are expensive and environmentally damaging.

Ren, who is also M.D. Anderson Chair Professor of Physics at UH, said the nanofluid works to recover oil from the reservoir through at least three mechanisms:

- A chemical reaction produced when the sodium nanoparticles come in contact with water in the reservoir generates heat, working much like steam flooding and other heat-based techniques to push oil from the reservoir, without the need for an external – and greenhouse gas-producing – source of heat.
- The nanofluid also sparks a reaction producing sodium hydroxide, a chemical commonly used for alkaline flooding in oil fields. Sodium hydroxide can foment motion in the oil and spark a reaction that reduces viscosity.
- A third reaction produces hydrogen gas, which can be used for gas flooding, another common oil recovery technique.

The sodium nanomaterials dissipate after the reaction, eliminating concerns about environmental damage. Optimal concentrations will vary based on individual reservoir conditions, Ren said, noting that increasing the concentration of the nanomaterial didn’t necessarily lead to higher oil recovery.

He worked with co-author Dan Luo, a postdoctoral researcher at the Texas Center for Superconductivity. “Based on these advantages, we anticipate that the sodium nanofluid could become a game-changing technology for recovery of oil of any viscosity, as well as a milestone in using nanotechnology to solve oil-recovery problems in the petroleum industry,” they wrote.

Sodium is highly reactive with water, suggesting that it could be useful in enhancing oil recovery, but that also complicated the preparation – exposing it to water too soon meant it wouldn’t deliver the designed benefits. The researchers addressed that by preparing the sodium nanoparticles in a silicone oil, allowing the sodium to disperse throughout the reservoir before it came into contact with water in the reservoir, triggering smaller chemical reactions across a larger area. It is also possible to disperse the sodium nanoparticles in other solvents, including pentane and kerosene,  or even to mix them with polymers or surfactants to achieve a higher oil recovery rate.

Sodium is also a light element, allowing the researchers to create sodium nanoparticles within the silicone oil, using a kitchen blender.

While the paper focuses on using the nanofluid to enhance recovery of heavy oil, Ren said it also could be used in the production of light oil, as well as for more general household uses, such as clearing a grease-clogged pipe.