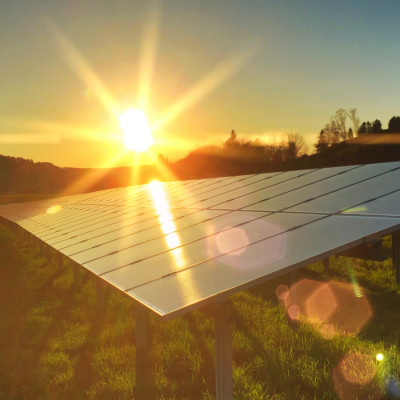 Scientists have developed a new micro CIGS cell by using an area-selective electro-deposition process as a material-saving technique. It has a conversion efficiency rate of 5.2% and a high open-circuit voltage.

They described their findings in “Micro-sized thin-film solar cells via area-selective electrochemical deposition for concentrator photovoltaics application,” which was recently published in Scientific Reports. The cell is based on copper-poor micro-absorber layers produced with selenium reactive annealing.

The researchers decided to deposit all the semiconductor elements in two steps, rather than at once, as in usual processes. “This approach of reactive annealing of electro-deposited metal stacks already led to a PCE of 17.3% for large area CIGS,” they said, adding that their goal was to achieve such efficiency levels in a micro format.

The copper layer was electro-deposited from an aqueous solution, while those of indium and gallium were deposited from an ionic liquid onto a silicon layer, on top of a molybdenum back contact. Through this process, the scientists hoped to reduce the presence of CIGS in the cell to a minimum.

“The thicker device showed an open-circuit voltage of 525 mV under 18 × concentration, which is the highest reported value for any material efficient bottom-up deposition approach for CIGS,” the research group said.

They attributed the lower open-circuit voltage of the thinner cell to a shunt resistance that was four times lower than the thickest absorber layer device.

The new micro CIGS cell is said to have a 5.2% conversion efficiency rate at a concentration factor of 33 ×. The scientists claimed that this clearly shows the potential of area-selective electrodeposition as a material-saving technique for the preparation of micro-concentrator solar cells.