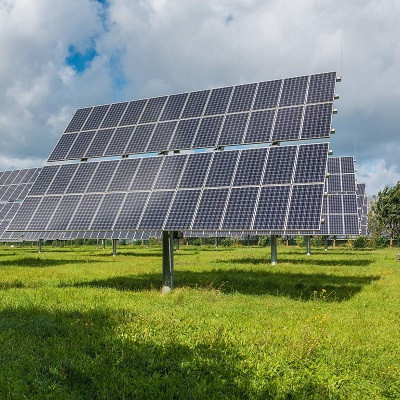 In a recent interview, Chief Technology Officer of NextGen Nano Dr Franky So revealed that the company had achieved significant technological advancements which could prove pivotal in the development of economical, ecological PV solar energy panels. With the Environmental Science & Technology journal claiming that electricity generated by solar cells reduces greenhouses gasses and air pollutants by up to 90%, this new breakthrough shows vast potential, paving the way for a new era of solar cell technology that could speed up the global transition to green energy.

Presided over by Chairman Matthew Stone, NextGen Nano has developed a third generation of solar cells that feature lightweight organic polymers. While the project is still largely focused on technology development, the company’s investment has already returned impressive results in terms of building organic cells that are low in cost yet highly efficient.

Featuring carbon materials at their core instead of silicon, organic PVs are manufactured from compounds which are dissolved in ink before being printed on thin rolls of plastic. This makes this new generation of solar cells much more versatile than traditional solar panels, facilitating their use in a plethora of different applications, such as integration into items of clothing, or being bent around structures.

The main disadvantage of solar cells is their lack of efficiency, i.e. the measure of light energy that can be transformed into electricity. Silicon solar cells generally have an efficiency rate of between 15% and 22%, with a few exceptions, such as the record 27.3% conversion rate achieved by Oxford PV.

Conversion rates for organic solar cells have typically been much lower, at around 50% of the efficiency of silicon solar cells – until a recent collaboration between Henry Yan of the Hong Kong University of Science and Technology (HKUST), and Harald Ade of North Carolina State University (NC State). The duo developed a PV from organometallic materials which achieved 14.2% efficiency; a major advancement in the evolution of organic solar cell technology. However, Yan stated that this cell wasn’t stable enough.

According to calculations by the US Energy Information Administration, switching from traditional energy sources to organic solar cells could result in considerable cost savings for American consumers.

Around the world, bio-engineering and chemical scientists have strived to increase efficiency of organic solar cells. In China, researchers from the National Center for Nanoscience and Technology in Beijing (NCNST) worked with teams from South China University of Technology (SCUT) and Nankai University (NKU) to develop organic PVs made from plastic and carbon. The collaboration resulted in organic solar cells with an impressive 17.3% efficiency.

Organic solar cells have several key advantages over their silicon-based forerunners. They are low cost both in terms of investment and environmental impact. Organic solar cells are light and extremely flexible, meaning that they can be integrated into a variety of different structures. Since they are semi-transparent, they can even be used in windows, as well as car roofs, aircraft wings, and clothing.