Colloidal Dispersions of Nanosheets for Catalysis 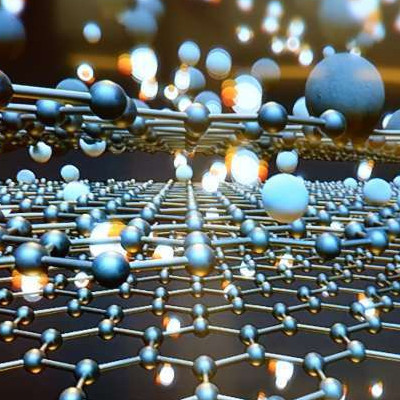 Researchers from the ICN2 Nanostructured Functional Materials Group, in collaboration with other institutions, have used a liquid phase exfoliation process to obtain nanosheets with enhanced electrocatalytical properties.

Metal organic frameworks and coordination polymers are known for their multiple applications (gas storage, catalysis, sensors, supercapacitors…). However, with regards to electrochemical performance, they have shown a modest response compared to predicted theoretical values. Because they are generally synthesised as a bulk powder, a mass of their active sites are inaccessible for charge carriers, limiting this application.

Nanosheets, by contrast, offer higher surface areas and accessible active sites. Nonetheless, many synthetic approaches to obtain them are still to be improved. A team of scientists has recently shown that stable colloidal dispersions of nanosheets in water with enhanced catalytic properties can be obtained with a liquid phase exfoliation process.

ICN2 PhD student Noemí Contreras-Pereda is the first author of this work led by Daniel Ruiz-Molina, Group Leader of the ICN2 Nanostructured Functional Materials Group. The work also involved researchers from the University of Tehran, the Technische Universität Dresden and the Polish Academy of Science and is published in Ultrasonics Sonochemistry.

The researchers synthesised a copper-based 2D coordination polymer. They exfoliated it in water applying local and large power ultrasounds for one hour. This resulted in a suspension of rectangular nanosheets with a quite monodispersed size distribution (around 1 µm long and 100 nm thick). This distribution was impossible to obtain using bulk synthetic approaches under sonication.

Also, the researchers tested the catalytic activity of the nanosheets, which turned out to be higher than that of the bulk counterparts, thanks to the enhancement on the density of exposed active sites after exfoliation. These results place liquid phase exfoliation as a very appropriate method for the synthesis of nanosheets with boosted properties.

Read the original article on Catalan Institute of Nanoscience and Nanotechnology (ICN2).