The Most Sensitive and Fastest Graphene Microwave Bolometer 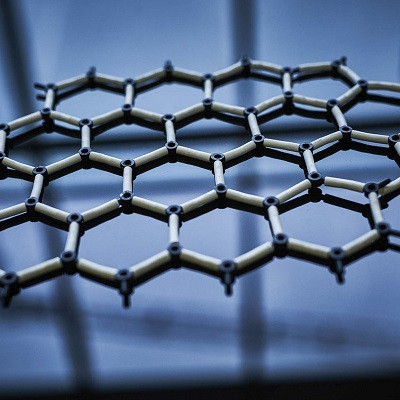 Bolometers are devices that measure the power of incident electromagnetic radiation thru the heating of materials, which exhibit a temperature-electric resistance dependence. These instruments are among the most sensitive detectors so far used for infrared radiation detection and are key tools for applications that range from advanced thermal imaging, night vision, infrared spectroscopy to observational astronomy, to name a few.

Even though they have proven to be excellent sensors for this specific range of radiation, the challenge lies in attaining high sensitivity, fast response time and strong light absorption, which not always are accomplished all together. Many studies have been conducted to obtain these higher-sensitivity bolometers by searching to reduce the size of the detector and thus increase the thermal response, and in doing so, they have found that graphene seems to be an excellent candidate for this.

If we focus on the infrared range, several experiments have demonstrated that if you take a sheet of graphene and place it in between two layers of superconducting material to create a Josephson junction, you can obtain a single photon detector device. At low temperatures, and in the absence of photons, a superconducting current flows through the device. When a single infrared photon passes through the detector, the heat it generates is enough to warm up the graphene, which alters the Josephson junction such that no superconducting current can flow. So you can actually detect the photons that are passing through the device by measuring the current. This can be done basically because graphene has an almost negligible electronic heat capacity. This means that, contrary to materials that retain heat like water, in the case of graphene a single low-energy photon can heat the detector enough to block the superconducting current, and then dissipate quickly, allowing the detector to rapidly reset, and thus achieving very fast time responses and high sensitivities.

Trying to take a step further and move to higher wavelengths, in a recent study published in Nature, a team of scientists which includes ICFO researcher Dmitri Efetov, together with colleagues from Harvard University, Raytheon BBN Technologies, MIT, and the National Institute for Material Sciences, has been able to develop a graphene-based bolometer that can detect microwave photons at extremely high sensitivities and with fast time responses.

Just like with the infrared range, the team took a sheet of graphene and placed it in between two layers of superconducting material to create a Josephson junction. This time, they went an entirely new route and attached a microwave resonator to generate the microwave photons and by passing these photons through the device, were able to reach an unprecedented detection levels. In particular, they were able to detect single photons with a much lower energy resolution, equivalent to that of a single 32 Ghz photon, and achieve detection readouts 100.000 times faster than the fastest nanowire bolometers constructed so far.

The results achieved in this study mean a major breakthrough in the field of bolometers. Not only has graphene proven to be an ideal material for infrared sensing and imaging, but it has also proven to span to higher wavelengths, reaching the microwave, where it has also shown to attain extremely high sensitivities and ultra-fast read out times.

As Prof. at ICFO Dmitri Efetov comments “such achievements were thought impossible with traditional materials, and graphene did the trick again. This open entirely new avenues for quantum sensors for quantum computation and quantum communication”

Read the original article on ICFO.