Our Health: New Focus on the Synergy Effect of Nanoparticles 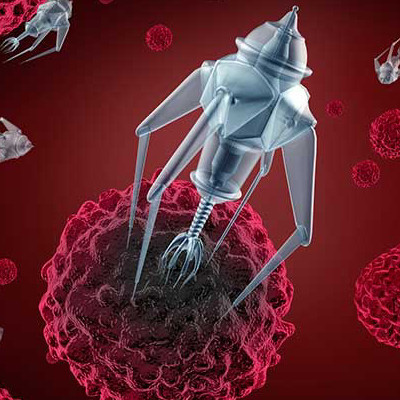 Nanoparticles are valuable and useful in many products, but according to a new study, they can also damage our cells. Researchers are concerned about the effect of lifelong exposure to the human organism.

Nanoparticles are used in a wide range of products and manufacturing processes because the properties of a material can change dramatically when the material comes down in nano-form.

They can be used, for example, to purify wastewater and to transport medicine around the body. They are also added to, for example, socks, pillows, mattresses, phone covers and refrigerators to supply the items with an antibacterial surface.

Much research has been done on how nanoparticles affect humans and the environment and a number of studies have shown that nanoparticles can disrupt or damage our cells.

This is confirmed by a new study that has also looked at how cells react when exposed to more than one kind of nanoparticle at the same time.

The lead author of the study is Barbara Korzeniowska from the Department of Biochemistry and Molecular Biology at the University of Southern Denmark, SDU. The principle investigator is Professor Frank Kjeldsen from the same department. His research into metal nanoparticles is supported by a European Research Grant of DKK 14 million.

Barbara Korzeniowska herself became interested in the subject one day when her little daughter was having a bath and got a rubber duck as a toy.

– It turned out that it had been treated with nano-silver, probably to keep it free of bacteria, but small children put their toys in their mouths, and she could thus ingest nano-silver. That is highly worrying when research shows that nano-silver can damage human cells, she says.

In her new study, she looked at nano-silver and nano-platinum. She has investigated their individual effects and whether exposure to both types of nanoparticles results in a synergy effect in two types of brain cells.

– There are almost no studies of the synergy effect of nanoparticles, so it is important to get started with these studies, Barbara Korzeniowska says.

She chose nano-silver because it is already known to be able to damage cells, and nano-platinum pecause nano-platinum is considered to be so-called bio-inert; i.e. it has minimal interaction with human tissue.

The nanoparticles were tested on two types of brain cells: astrocytes and endothelial cells. Astrocytes are supporter cells in the central nervous system that, among other things, help to supply the nervous system with nutrients and repair damage to the brain. Endothelial cells sit on the inside of the blood vessels and transport substances from the bloodstream to the brain.

The astrocytes were more hardy and reacted "only" with impaired ability to divide when exposed to both types of nano-particles.

An earlier study conducted by Frank Kjeldsen  has shown a dramatic synergy effect of silver nanoparticles and cadmium ions, which are found naturally all around us on Earth.

We are involuntarily exposed

– Little is known about how large concentrations of nanoparticles are used in industrial products. We also do not know what size particles they use - size also has an effect on whether they can enter a cell, says Barbara Korzeniowska and continues:

– But we know that a lot of people are involuntarily exposed to nanoparticles, and that exposure can be lifelong.

Read the original article on University of Southern Denmark (SDU).