Zebrafish Embryos Help Prove What Happens to Nanoparticles in the Blood 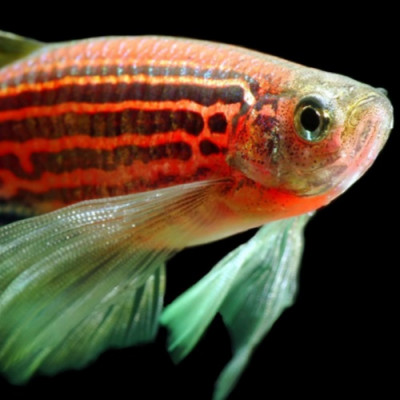 What happens to the nanoparticles when they are injected into the bloodstream, for example, to destroy solid tumours? With new results published in ACS Nano, researchers from Aarhus University are now ready to tackle such a challenging question using zebrafish embryos as a new study model in nanomedicine and nanotoxicology.

A variety of nanoparticles are designed for targeted drug delivery, but unfortunately only a very small proportion of the injected nanoparticles reach the target site such as solid tumours. The reason behind the low targeting efficiency is often considered a "black box" and had thus been little explored for many years.

Recently, an international research team led by Yuya Hayashi from the Department of Molecular Biology and Genetics (MBG), Aarhus University, demonstrated the beauty of zebrafish embryos in nano-bioimaging that can visualise dynamic interactions between nanoparticles and cells of interest in a living organism (see another article "Zebrafish let you see the biological fate of nanoparticles in vivo").

Pseudo-coloured electron micrograph depicting nanoparticles circulating in the bloodstream along with red blood cells (red) and those sequestered in endothelial cells lining the blood vessel (yellow).

Now, teaming up with researchers from Interdisciplinary Nanoscience Center (iNANO), Yuya seeks to answer unsolved mysteries in bionanoscience – the first in line is the biological identity concept, which explains how cells recognise nanoparticles through a "corona" of proteins that surround each particle. This concept has now been proved for the first time in a living organism by the use of zebrafish embryos uncovering what happens to nanoparticles injected into the blood.

Now the researchers from Aarhus University have thus provided the first "visual" evidence for the striking contribution of the protein corona to nanoparticle clearance from the blood that entailed adverse outcomes in the zebrafish embryo model. The research team used a species-mismatched source of proteins for the corona formation to create a "non-self" biological identity and traced the journey of nanoparticles travelling through the blood and to their final destination – endolysosomes in the cell. This revealed surprisingly rapid uptake and acidification of the nanoparticles by scavenger endothelial cells (functional equivalent to the liver sinusoidal endothelial cells in mammals) followed by pro-inflammatory activation of macrophages (see the movie featured in Yuya's group webpage).

"It sounds like a crazy idea to inject nanoparticles with proteins from another animal," says Yuya, "but for example, biomolecule-inspired nanomedicines are tested in a mouse model without particular concerns for the species-mismatched combination. Or else some clever folks humanise the mouse to take care of the species compatibility problem. In fact, even at the cell culture level nanoparticles are still routinely tested following the tradition to use serum supplement derived from cows while knowing that nanoparticle-protein interactions are a key driver of cellular uptake."

"What makes this kind of experiments rather challenging is," adds first-author Hossein Mohammad-Beigi, "to maximally retain the original protein corona in a living organism. If the pre-formed corona gets quickly exchanged by endogenous blood proteins, the hypothesis tested becomes invalid. We have made quite some efforts to characterise the protein corona to ensure the nanoparticles preserve the non-self biological identity."

The greatest advantage of the zebrafish model is its power in multicolour real-time imaging, whereby multiple combinations of fluorescence tracers and reporter proteins can be imaged in a simple setup at high spatio-temporal resolution. This provides a new opportunity that lies between less realistic cell culture systems and more challenging rodent experiments such as intravital microscopy.

"Using cell cultures, we have learnt quite a lot about how cells recognise nanoparticles rather  as dynamic aggregates of proteins but it was never tested in a more realistic situation," Yuya explains. "With establishment of the zebrafish model, we have finally acquired a means to further explore this question in a living organism. It was a simple approach with an extreme scenario tested in a very complex system, but I believe we are now one step closer to understanding what the protein corona can really mean to nanoparticles. In an environment rich in proteins, nanoparticles can wear a mask that gives them a biological identity, and its non-selfness can make them a foe. What defines the degree of the non-selfness? Well, it's the next big question we have to address.