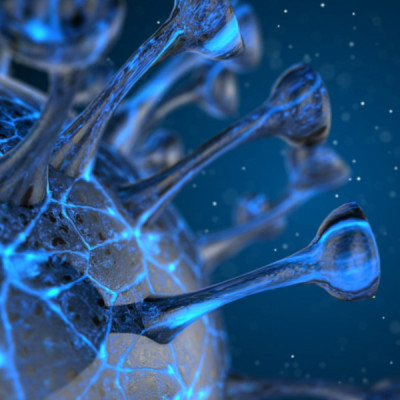 A major takeaway from COVID-19 is that the total upheaval in every aspect of life and business means that going forward, we must learn to question every assumption we’ve made about everything. Just because we’ve done something some way in the past, from public health to business, doesn’t mean we’ll be able to, or should, in the future.

So what’s that got to do with manufacturing?  The other day something popped into my head: What if, in this period of turmoil, the Internet of Things was to combine with another of my favorite innovations, nanotechnology?

Nanotech, if you’re not familiar with the term, refers to manufacturing things basically atom by atom so that materials’ structures can achieve specific properties impossible with traditional subtractive manufacturing processes.  Its name is derived from items as small as several hundred nanometers. A nanometer is one one-billionth of a meter—a strand of human DNA is about 2.5 nanometers in diameter, while a sheet of paper is “huge” — 100,000 nanometers thick. A “nanomachine” is nanotechnology’s basic functional unit, “able to perform simple tasks such as sensing or actuation.”

What intrigued me was that it would be feasible( once the research had evolved into routine manufacturing), to manufacture tiny, ubiquitous IoT devices that could communicate (and, in some cases, also regulate) things’ status at lower cost and with less waste.

However, a quick search revealed that two GeorgiaTech researchers, Ian Akyildiz and Josep Jornet, beat me to the punch a decade ago, visualizing the “Internet of Nano-Things,” or IoNT. They even conceived of “intrabody” networks communicating data from devices so small they could be swallowed or implanted in our bodies, as well as “intraconnected” offices where every device would be connected & share data.

There’s been a lot of progress in IoNT since then, but, unless I’m missing something, most is still largely in the proof-of-concept and early stages of commercialization. Other than medicine, it hasn’t become widespread in most industries.

I’m laying down a challenge, in this period of uncertainty and turmoil, to accelerate IoNT’s development and commercialization, because its benefits of efficiency and small size will be widespread and suited to the new normal’s realities.

Given the current crisis, it’s noteworthy that IoNT applications could include detection functions both inside the body and in places where people gather, like hospitals and schools, helping with virus detection, according to a paper presented at an IEEE conference in 2015.

Researchers at the U.S. government’s National Nanotechnology Initiative tell us that nanotech also promises revolutionary change in a:

Another, specifically relevant to factories themselves, is using IoNT devices that would “monitor temperature, humidity, gaseous fumes, water quality and perhaps carbon emissions from systems' exhaust.”

One IoNT innovation is ideally suited to facilitating the rapid transition to remote medicine due to COVID that I detailed in my last column. National University of Singapore (NUS) researchers recently invented clothing made of fabric with an extra layer of “metamaterials.  The materials create “surface waves” wirelessly circling the wearer, making it possible to keep the energy of the signals created close to the body instead of spreading widely, so it uses less power and detects weaker signals. Because the signal to transmit real-time data about the wearer’s body is 1,000 times stronger than with conventional technologies, the batteries can be smaller and last longer. This would allow a doctor who accesses the data remotely during a telehealth call to make more accurate diagnoses.  Relatedly, other researchers are developing IoNT “body sensor networks” that can gather and aggregate data from a variety of sensors placed on the body.

The IoNT could also have important benefits for our other greatest current challenge, global warming. In fact, global warming and the pandemic are likely linked: respected researchers believe that actions such as clearcutting rainforests may not only increase global warming, but also force wildlife that might be the source of future pandemics to leave their habitats—another reason to try to reduce environmental impacts. In part, small, low-powered sensors could be placed everywhere to monitor signs of global warming and other environmental dangers.

In addition, the sheer fact that IoNT devices are so small—requiring a bare minimum of raw materials to manufacture—and so efficient—only needing a small amount of electricity to power them—would make them an important way of reducing demands on the planet’s resources and minimizing power grid demands.

The “new normal” creates unprecedented risks to every aspect of our lives and business. As breakthroughs such as the Internet of Nanotech Things illustrate, those who seize the opportunity offered by the breakdown of conventional thinking can create new approaches that are not only profitable, but will also address these dangers.