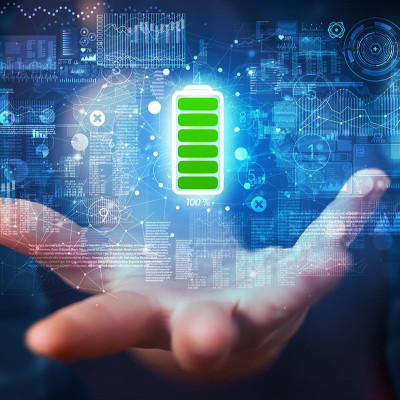 French energy storage specialist NAWA Technologies has unveiled a carbon nanotube-based battery electrode that is said to be the fastest of its kind in the world.

The so-called Ultra Fast Electrode could, it is claimed, improve power by a factor of 10, energy storage by up to three, lifecycle by up to five and reduce charging time down to minutes instead of hours.

According to the Aix-en-Provence based firm one of the major limitations of battery power, energy and lifecycle is the powders used to make electrodes. These can lead to low electrical, thermal and ionic conductivity; poor mechanical behaviour when discharged and recharged; and can also contribute to early delamination and degradation leading to safety and lifecycle issues.

The new electrode – which is based on NAWA’s patented vertically-aligned carbon nanotube (VACNT) – combines ionic conductivity – thanks to a 3D fully accessible nanostructure – with high electrical and thermal conductivity, provided by its arrangement of 100 billion nanotubes per square centimetre, all vertically aligned.

With electrodes accounting for almost 25 per cent of the total battery cost and today’s global lithium-ion battery market worth in excess of $35bn, NAWA believes that its new design can offer significant cost savings.

According to statement from the company the electrode is a universal system, available as a both primer for existing electrodes – where the VACNT increases electrical conduction, and as a full 3D-electrode where the VACNT serve as a framework on which lithium insertion material can be coated. NAWA is developing different concepts of coatings with various chemistries and partners – it expects the technology to be introduced and in production as early as 2023.

The technology is also said to be easily recyclable and eco-disposable at the end of its lifecycle, with NAWA estimating that the technology could reduce could reduce the CO2 footprint of a lithium battery cell by as much as 60 per cent.One of the key markets for the technology is expected to be the automotive sector, which currently accounts for 75 per cent of lithium-ion battery production. The company claims that an advanced lithium-ion battery with an Ultra Fast Carbon Electrode could double the kWh stored, meaning EVs could draw on more power to go further, or faster, making 1,000km ranges commonplace in a mass market for EVs. Charging time could be reduced to as little as five minutes for an 80 per cent charge, while battery lifecycle could be improved by a factor of up to five, it added.