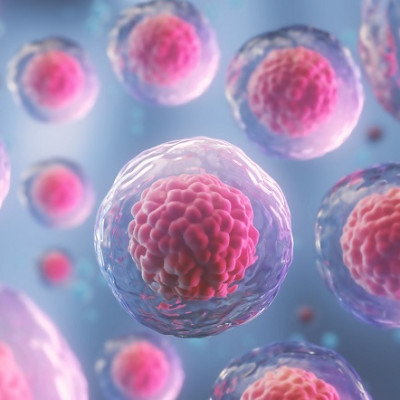 Stem cells are cell factories that constantly divide themselves to create new cells. Implanting stem cells in damaged organs can regenerate new tissues. Cell sheet engineering, which allows stem cells to be transplanted into damaged areas in the form of sheets made up of only cells, completely eliminates immune rejection caused by external substances and encourages tissue regeneration. A research team led by POSTECH recently succeeded in drastically reducing the harvest period of such stem cell sheets.

A joint research team comprised of Professor Dong Sung Kim and researcher Andrew Choi of POSTECH's Department of Mechanical Engineering and Dr. InHyeok Rhyou and Dr. Ji-Ho Lee of the Department of Orthopedic Surgery at Pohang Semyung Christianity Hospital has significantly reduced the total harvest period of a stem cell sheet to two days. The nanotopography of poly(N-isopropylacrylamide) (PNIPAAm), which abruptly changes its roughness depending on temperature, allows harvesting of cell sheets that consist of mesenchymal stem cells derived from human bone marrow. Considering that it takes one week on average to make stem cells into sheets using the existing techniques developed so far, this is the shortest harvest time on record. These research findings were published as a cover paper in the latest issue of Biomaterials Science, an international journal in the biomaterials field.

Professor Kim's research team focused on PNIPAAm, a polymer that either combines with water or averts it depending on the temperature. In previous studies, PNIPAAm has been introduced as a coating material for cell culture platform to harvest cell sheets, but the range of utilization had been hampered due to the limited types of cells that can be made into sheets. For the first time in 2019, the research team developed a technology of easily regulating the roughness of 3D bulk PNIPAAm and has stably produced various types of cells into sheets.

The study conducted this time focused on making stem cells -- that are effective in tissue regeneration -- into sheets in a short time in order to increase their direct utility. The team achieved this by applying an isotropic pattern of nanopores measuring 400 nanometers (nm, 1 billionth of a meter) on the surface of a 3D bulk PNIPAAm. As a result, not only did the formation and maturity of human bone marrow-derived mesenchymal stem cells on the nanotopography of bulk PNIPAAm accelerate, but the surface roughness of bulk PNIPAAm at room temperature below the lower critical solution temperature (LCST) was also rapidly increased, effectively inducing the detachment of cell sheets. This in turn enabled the rapid harvesting of human bone marrow-derived mesenchymal stem cell sheets.

"At least five days are needed to harvest stem cell sheets reported through previous researches," commented Andrew Choi, the " author of the paper. "We can now harvest them in just two days with the PNIPAAm nanotopography developed this time."

"We have significantly shortened the harvest time by introducing nanotopography on the surface of the 3D bulk PNIPAAm to produce mature stem cell sheets for the first time in the world," remarked Professor Dong Sung Kim who led the study. He added, "We have opened up the possibility of applying the sheets directly to patients in the future."