Chili-Shaped Device Could Reveal Just How Hot that Pepper Is 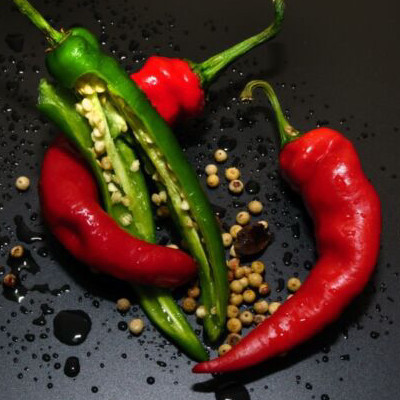 Some people love spicy food –– the hotter, the better. Others go out of their way to avoid the palate-singeing burn of capsaicin, the compound that gives chili peppers their kick. Now, researchers have developed a portable device (whimsically shaped like a chili pepper) that can reveal how much capsaicin a pepper contains, before biting into it.

Chili peppers are a popular food ingredient around the world. In addition to imparting a spicy flavor, the capsaicin in chili peppers has several health benefits, including anti-oxidative, anti-carcinogenic and anti-inflammatory activities. Therefore, the demand for capsaicin as a food additive and pharmaceutical agent is growing.

Warakorn Limbut and colleagues wanted to develop a simple, accurate and cheap method to quantify the capsaicin content of chili peppers and food samples. Other methods that have been developed for this purpose are complicated, time-consuming or require expensive, bulky instrumentation. 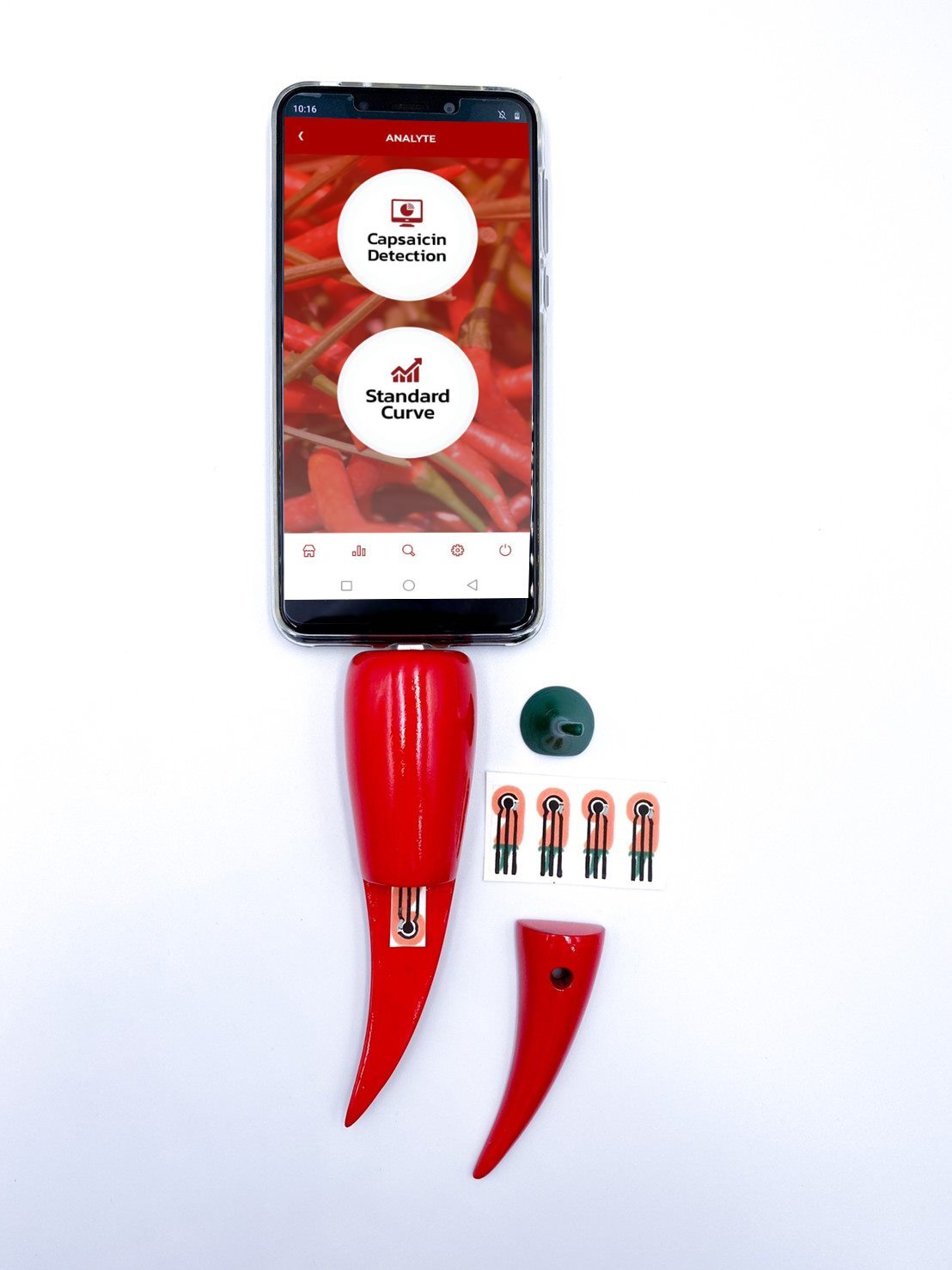 A chili pepper-shaped device containing a paper-based electrochemical sensor can be connected to a smart phone to reveal how much capsaicin is in a hot pepper.

The researchers made a portable device shaped like a small chili pepper that could be connected to a smartphone to display the results of the analysis. The paper-based electrochemical sensor within the device consisted of graphene nanoplatelets doped with nitrogen atoms to improve their electrical conductivity.

When the team added a drop of diluted capsaicin to the sensor, the compound underwent oxidation and reduction reactions, producing an electrical current that the device detected. After optimizing the sensor, the researchers used it to determine capsaicin concentrations in six dried chili samples. They added the chilies to an ethanol-containing solution, shook it up and then introduced a drop of the sample.

The device accurately measured capsaicin concentrations from 7.5-90 μM in the six samples, and could detect down to 0.37 μM in the diluted samples. They report their results in ACS Applied Nano Materials.